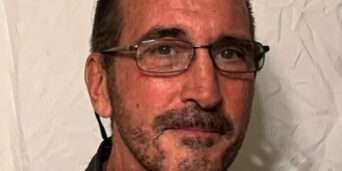 Bill Livolsi is a Member of our White Collar Support Group that meets online on Zoom on Monday evenings.

Spending an extended period of time alone can be a good thing. In my case, the forced solitude of federal prison provided me an opportunity to confront the many personal issues I had neglected for years.

FCI El Reno was to be my ‘home’ for 20 months. I self-surrendered in late March 2019. Not surprisingly, I didn’t want to be there, but there was nothing to be done about that. I was at the Camp. It was not a physically threatening environment but I didn’t press my luck. That said, prison was an extremely difficult experience. For me, and for many of the men I served time with, the worst aspect of our prison sentence was the isolation from children, family and close friends (those who remained).

I think about my time at El Reno almost daily. I’m very grateful it’s behind me. Yet strangely, there are things I miss, namely the unspoken bond that forms between those who share a common hardship. I was in the company of other men struggling with issues similar to my own. We shared these burdens with each other within our small group.

My first month at ‘The El Reno Resort and Spa’ (it was none of those things) flew by. There was so much to get accustomed to and to learn. It was as if I was dropped into a strange world where the language, customs and culture I knew no longer applied. Every day brought something new.

By the time summer came, I was pretty well acclimated and I found myself in the middle of a very real identity crisis. I was at one of the lowest points I had ever been. I felt trapped in my own head, and was trapped behind bars. My days were consumed with existential questions: How did I get here? Why did I get here? Who am I, really? Do I have any redeeming value to my children, my family, to anyone?

An unspoken fear of many who are incarcerated is that ‘people and events’ will conspire and you will never be allowed to leave. The prison rumor mill (inmate.com) was full of these tales. Such fears are silly and irrational to those looking in from the outside, but when you’re inside they feel very real. When I finally understood the truth, that my incarceration was not indefinite, and it would come to an end by December 2020, I began working though the issues and choices that brought me to that place. Slowly I began rebuilding my self-esteem, my self-worth, who I was, and who I will be.

Wayne Dyer said “When you change the way you look at things, the things you look at change.” As my rebuilding process unfolded I began to pay close attention to the good in my life and in the small things that previously went unnoticed. I found gratitude, a sense of normalcy and a little peace of mind.

Across highway 66 from the prison there is a huge wind farm. For a time I barely gave it a second look but it became an unending source of fascination for me. There are hundreds of turbines as far as the eye can see. The blades on all the turbines move in unison. Hundreds of blades moving together like gigantic swiss watches, keeping perfect time. When I focused on it, as I often did, I was mesmerized. I also realized that the direction of the turbines depends upon which way the wind is blowing (common sense, I know). Their directional movements were a mystery to me. One minute they were facing north, 10 minutes later they were facing west. So cool. And each structure is built in near perfect alignment with each other, one behind the next, and the next and the next, like a giant chess board. And depending on the time of day and the weather conditions, the visual effects could be stunning. When a storm would move in from the west or the north, which they often did, I would watch the structures slowly disappear, one by one by one, into the heavy cloud cover. It seemed like each day brought me a new revelation.

El Reno also has its own municipal airport, which isn’t unusual for Oklahoma. All sorts of planes would fly in and out. Small, single prop planes were the most frequent. They are a useful tool oil companies use for visual inspections of pipelines and drilling sites. These planes, and others, are easy to identify by sight but what I found fun was listening to the different engine sounds. High pitch or low, high revs/low revs, prop or jet. Sometimes I would sit on one of the outside benches, or lay on the warm cement of the abandoned tennis court, eyes closed, as the sound of the engine would soothe whatever was on my mind. Occasionally a certain engine sound would remind me of the many times I was on the beach in Sea Isle City, New Jersey and I would visualize a bi-plane flying by with it’s banner tow. All that was missing was the sound of the sea gulls and the waves, which my imagination gladly supplied.

Some mornings, if the breeze was just right, I knew they were cooking bacon behind the fence at the medium security facility. I love bacon. It wasn’t served to us lowly Campers. It made me think of home.

I learned to identify certain people’s footfalls on the walking track, sight unseen.

I enjoyed watching the feral cats hunting in the nearby field.

The smell of diesel fumes would let me know the back-up generators were running.

I knew it was noon when the town would test it’s tornado sirens.

I could tell by smell if there was a nearby brush fire (and the Camp fire crew would soon be called out).

And at all times of the day I would catch a whiff of burning tobacco coming from behind the out-buildings near the walking track.

I became strangely attached to these small things. They were all part of my ‘new normal’ existence.

Lately I have been thinking about the things that bring joy and gratitude to my life right now. There is the most obvious – being home. Now I am able to be truly present for my children, grandchildren, and family. There is more: helping fellow travelers during their CJ journey, a job that helps to support our household, receiving a phone call, cooking, food shopping, fabric softener (if you’ve been to prison you’ll understand), or watching my garden grow.

In the years I was dealing with my prosecution and the run up to prison I often lost sight, perhaps understandably, of what I should be grateful for. My prison journey gave me the chance to find peace and gratitude in small things, in a very strange place. Perhaps I could have learned this lesson without going to prison, but I’ll never know for sure. Regardless, I have a deep sense of gratitude that I am able to recognize them and enjoy them now.

Bill Livolsi is a Life Coach supporting the white collar justice community and a volunteer with Progressive Prison Ministries. He helps men and women facing prosecution for white collar and non-violent crimes navigate their journey – including rebuilding their lives after prison. He was prosecuted for a white collar crime and spent 13 months in Federal prison. Bill can be reached at whitecollarcoaching.com.