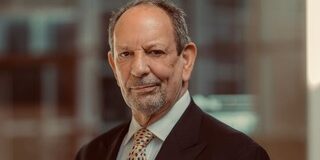 Bob Simels is a member of our White Collar Support Group that meets on Zoom on Monday evenings. Here’s an interesting tidbit, Bob was actually my first boss when I graduated law school – I was his law clerk until I received my law license. He was Henry Hill’s criminal defense attorney, who Ray Liotta played in the movie “Goodfellas”.  Bob was a great guy then, as he is now. – Jeff

The First Step Act (FSA) was intended to encourage programming with the benefit of reducing time and other benefits- extra telephone minutes, visiting, etc.

However, on September 8, 2022, the BOP issued a memo that substantially impacted the time reduction goals.  The Memo advised that the BOP will not credit ETCs toward early release for inmates who are 18 months or less from release. At 18 months, the BOP says, “the release date becomes fixed, and all additional ETCs are applied toward” HH/HC.

The practical effect of this language is that no inmates with sentences of less than 42 months will have enough time to collect ETCs, entitling them to 12 months off their sentence (the maximum allowed by law).

BOP has taken the position that ETCs will be applied first to reduce sentence length and second to more halfway house and home confinement (HH/HC). It is also apparent that the BOP has been doing that since last January but never announced that as a policy.[1]

·      “as a reminder, the unit team will determine an inmate’s eligibility to earn FTCs based on [2]the current conviction and prior criminal convictions.” This means that fundamental decisions applying the statute are decentralized among nearly a thousand unit teams. Given some of the errors already made by unit teams unschooled in the FSA, the amount of administrative remedy and judicial review decentralization will likely spawn significantly;
·      “inmates who refuse or fail to complete any portion of the needs assessment and/or refuse or decline any program recommended to address a specifically identified need area is considered “opted out” and will not earn ETCs.”

This language assumes that the failure to complete needs assessment or refusal or decline to take a program is intentional. More than one inmate has reported being marked “refused” for not taking a program that was unavailable at the time.

To earn 15 days credit for every 30 days instead of 10 days, inmates must either (1) start their incarceration with a low- or minimum-risk PATTERN level; or (2) have dropped to a low- or minimum-risk PATTERN level and maintained it for two consecutive assessment periods. This is good news because some who entered the system with low or minimum scores have been told to have two consecutive assessment periods under their belts before getting 15 days a month.

• The memo states that  “all components of the SPARC-13 needs assessment must be complete to be eligible to earn ETCs. Failing to do so is considered ‘opted out.’ In other words, if an inmate fails to complete a required survey to enroll in a recommended program which addresses a specified need, the inmate will not be eligible to earn FTCs.”
The SPARC-13 is the “Standardized Prisoner Assessment for Reduction in Criminality,” a battery of surveys mandated by a BOP study last March.

Anecdotally, it appears that few have been given the surveys to complete. Even if they are asked to do so now, it is not clear whether any programs completed between January 15 and September 8 will count if the SPARC-13 was not done before that time.

The Memo states, “while inmates continue to earn FTCs, they can only apply the FTCs if they have no detainers, unresolved pending charges, and unresolved immigration status issues.” These restrictions do not appear in the First Step Act.

As for RDAP graduates, the Memo confirmed that ETCs might be applied toward early release in addition to the early release benefit for RDAP graduates. RDAP now double counts toward early release, up to 12 months off for successful completion of the program, as well as an additional credit of up to 150 days ETC credits for finishing RDAP. This also means that unless an inmate can complete the in-custody of RDAP with at least 18 months left, the RDAP ETCs will apply to more HH/HC, not more time off.

Of course, all of this can be challenged and will be.  Bear in mind that the Administrative Procedure Act (5 USC 552) governs just about all federal agencies with its “arbitrary and capricious” standard. However, Congress stated in 18 USC 3625 that the APA does not “apply to the making of any determination, decision, or order under this subchapter.”
The catch is that Sec 3625 applies only to 18 USC Chapter 229, Subchapter C. The portion of the FSA establishing ETCs is set out in the newly-created Subchapter D. Congress either decided not to exempt the BOP’s implementation of the ETC from the APA, or it just forgot to do so.

[1] Any HH/HC awarded using ETCs will be granted “in addition to release needs-based recommendations made under the Second Chance Act.” In other words, if the Second Chance Act would have entitled you to placement in HH/HC for six months even without ETCs, and you have 120 days of ETC credit applied to HH/HC, you would be placed for ten months.

Robert Simels is a former attorney who practiced for over 35 years.  Bob was a prosecutor in the NYS Special Prosecutor’s Office that investigated corruption in NYC and a Criminal Defense Attorney, most notably as the attorney for Henry Hill of “Goodfellas” acclaim.  Mr. Simels now acts as a Sentencing and BOP Consultant. You can reach Bob at: Legal-help.us