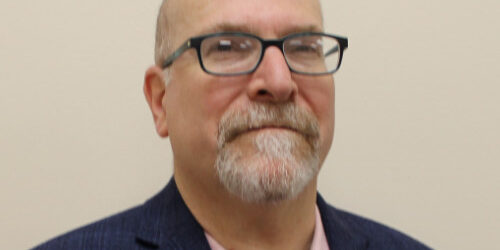 Fred Aaron is a member of our White Collar Support Group that meets on Zoom on Monday evenings.

Huge thanks to our friends at Interrogating Justice for permission to reprint and link.

The Unexpected Impact of Dobbs on Criminal Justice: Part I, by Fred Aaron

A legal precedent is something that has the force of settled law. It is a court decision that has gained such wide-ranging acceptance that the legal community views it as foundational. That is why it was a major shock when the Supreme Court in Dobbs v Jackson Women’s Health Organization not only deemed the Mississippi law limiting women’s access to abortion constitutional but also overturned the 50-year precedent established in Roe v Wade, allowing states to now outlaw abortion completely in the process.

In fact, 14 states have laws banning or restricting abortions that immediately came into effect as soon as Roe v Wade was overturned. These so-called trigger provisions stripped women of their abortion rights in the blink of an eye. While the impact on women’s healthcare from the Dobbs ruling has been well known, what has not been reported is the far-reaching implications of Dobbs for justice-impacted people and the effect of Dobbs on the criminal justice system.

Now that the Supreme Court has overturned Roe v Wade by the slimmest of margins (5-4 with Chief Justice John Roberts concurring only in allowing the Mississippi law to stand but dissenting on the issue of overturning Roe), what is the future of other legal precedents? Keep in mind that four of the five justices in question stated under oath during their Senate confirmation hearings that Roe v Wade remained settled law, while noting the doctrine of stare decisis that gives significant weight to prior Supreme Court decisions.

For example, Justice Samuel Alito, who wrote the opinion in Dobbs, stated during his confirmation that “Roe v Wade is an important precedent of the Supreme Court. It was decided in 1973, so it has been on the books for a long time.” Justice Alito wasn’t alone in these sentiments.

Justice Brett Kavanaugh made a similar comment, describing Roe v Wade as “settled as a precedent of the Supreme Court, entitled to respect under principles of stare decisis.”

Justice Amy Coney Barrett made analogous comments as well, while noting that Roe is not a super-precedent like Marbury v Madison, which dates from the earliest days of the U.S.

Four of the five justices who voted to overturn Roe v. Wade called the case “important precedent,” “precedent” that has been “reaffirmed,” “settled as precedent” and “entitled to respect under principles of stare decisis.”

The Unexpected Impact of Dobbs On Criminal Justice: Part II, by Fred Aaron

My wife and I welcomed our first child into the world 19 years ago. It was a beautiful, sunny Friday afternoon in New York City, and my wife and son spent their first night together in a room with another first-time mother and her child. In fact, all the new mothers at New York Hospital were sharing rooms that September weekend, except for two.

The first was a wealthy woman who was in a huge, private suite at the end of the hall bedecked with enough flowers to send everyone to the allergy ward. The other mother in a private room really wasn’t alone. A member of the NYPD stood guard outside her room, with another police officer stationed inside. The new mother had her right wrist handcuffed to her bed and had to request the police officer to release her if she needed to use the bathroom. She was incarcerated at one of the many detention centers scattered around the five boroughs of New York.

The reality of that woman is lived by every pregnant person currently incarcerated in this country. And the ruling in Dobbs v Jackson Women’s Health Organization makes that already-bad situation much worse. Healthcare for incarcerated people is already something that is less than optimal. Dobbs promises to make neonatal care even worse, while limiting the right to terminate any unwanted or risky pregnancy.

Pregnancy has always been an issue inside of jails and prisons.

Prisons are and always have been segregated based on gender. Officials house biological women in different facilities from biological men, with different states and the federal government treating transgender, non-binary and intersex individuals differently depending on where they’re at.

For example, The Transgender Respect, Agency, and Dignity Act (SB 132) requires that the California Department of Corrections and Rehabilitation house transgender, non-binary and intersex individuals according to their gender identity. CDCR has identified 1,616 individuals who fit this profile as currently incarcerated in California. This is why many people would assume that pregnancy is not an issue with incarcerated people.

The reality is that an average of 58,000 pregnant individuals are admitted into jails, prisons and detention centers every year, according to a study by the Prison Policy Initiative. These individuals require specialized healthcare that is often lacking inside of correctional institutions. Pregnant inmates are more likely to miscarry, with the same study finding that miscarriage rates are 19% to 22% depending on the state, far exceeding the national average.

Fred Aaron is the Grant Writer for Interrogating Justice, as well as a contributing writer for Interrogating Justice and How to Justice. Becoming a justice-impacted person wasn’t on Fred’s bucket list, but a series of bad decisions and errors in judgment led him to a 14-month bid at FCI Otisville. Prior to that, Fred had practiced law in New York State for over 25 years, including conducting a number of federal and state trials, and assisting nonprofits obtain IRS certification. Fred’s experience with the criminal justice system has given him insights into the need for reform and better opportunities for justice-impacted people. While at Otisville, he completed half of his course work for an MBA in Leadership from Adams State University, which he completed upon release. This gave him firsthand experience with the barriers and hurdles inmates must overcome in order to exercise their right to college and post-graduate classes. Before coming to Interrogating Justice, he worked as a management consultant for a real estate development company and content director for an on-line life simulation game. He also writes freelance articles for the automotive industry. A native New Yorker, Fred currently lives on Long Island with his wife and college aged son and daughter. He holds a Juris Doctor from NYU Law School where he served as the Executive Editor of the NYU Review of Law & Social Change. Fred also has a BA with Honors in Politics from Brandeis University, where he was one of the leaders of WBRS-FM, the college radio station. In his free time, Fred is a social media enthusiast, pop culture junkie, diehard Mets and Rangers fan, and lifelong amateur guitarist. Fred can be reached at faaron@interrogatiingjustice.org.