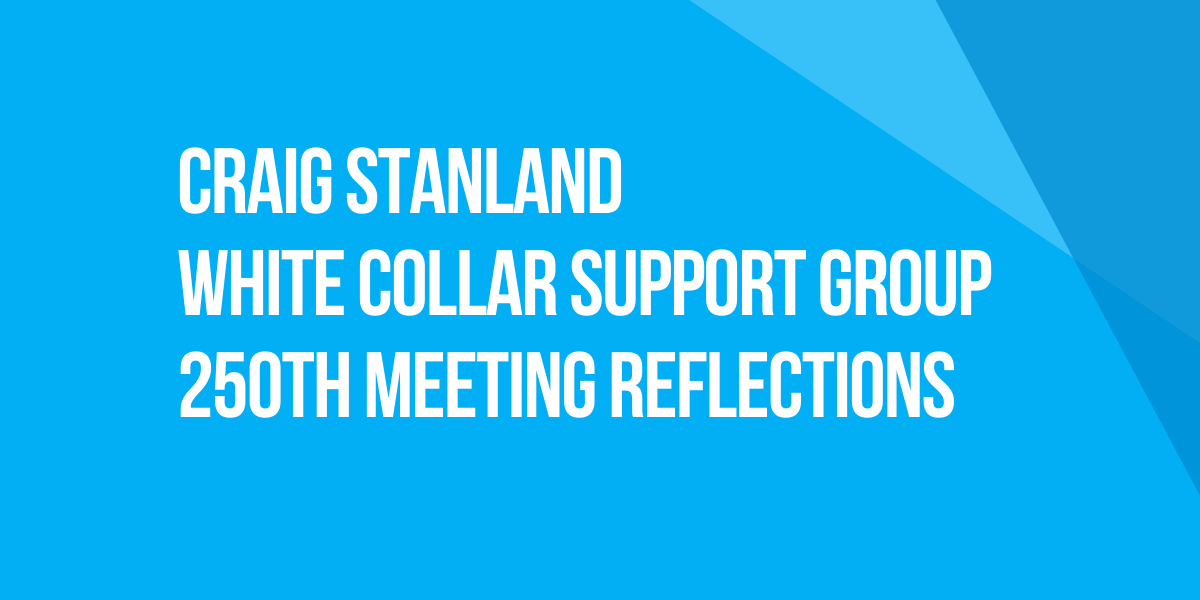 Craig Stanland is a member of our White Collar Support Group that meets online on Zoom on Monday evenings. We will celebrate our 250th weekly meeting on Monday, March 29, 2021, 7 pm ET, 4 pm PT; all Fellow Travelers are invited.

I remember being handcuffed in the back of an FBI cruiser as we drove north on Route 95:

The agent behind the wheel is texting and making calls as he weaves in and out of late morning traffic. He’s speaking to someone who is wherever we are going, preparing them for our arrival. I don’t know where we’re going or what happens next.

Nobody is telling me anything, and I’m afraid to ask.

The agent in the backseat is creeping me out. I can’t put my finger on it. There’s an aura surrounding him, like walking into a house and getting the chills. Since I invoked my right to silence, he can’t speak about the case.

Instead, he’s talking about the best pizza places in Connecticut and how hot the women in Greenwich are. I can’t push myself any further away from him; my elbow is digging into the car door.

Both of their faces light up when one of them tells me that due to the government shutdown,

“Everyone there today volunteered to arrest you for no pay.”

I was lucky in a sense; there was no news coverage. I had been arrested, but no one would find out unless I told them.

I thought I had dodged a bullet, but I was wrong.

The government eventually opened back up, which meant the FBI press office did as well.

The news hit, and it hit hard.

The shame I was feeling was exacerbated by article after article detailing my crime. I had kept the news from all but my closest friends. I couldn’t hide it anymore; it was out of my control.

I received numerous supportive texts from friends and acquaintances. Still, there was one that stood out and that I am forever grateful for.

My neighbor and friend Wayne read the news in the local Greenwich newspaper. His message was kind and supportive, and he hoped that he was “not crossing any lines,” but he has a friend who might be able to help me.

He forwarded me some information on Jeff Grant. I remember standing in my living room with my now ex-wife when I read what Wayne had sent me.

Jeff spoke as if he was living inside of my body at that exact moment. He spoke of shame and isolation; he spoke of uncertainty and fear. His words took the air from my lungs.

It’s hard for me to describe the level of uncertainty and pure fear I felt during that time.

The closest I can get is this:

The sound of handcuffs snapping shut is one of the most visceral sounds in the world. Every click of the metal teeth reverberated through my ears and wrapped themselves around my heart. Each click crushing any hope I foolishly held onto. The cold steel weighing heavy on my wrists, the pure helplessness and vulnerability of my arms pinned behind my back.

This was the moment the ground beneath my feet disappeared.

Weightlessness and emptiness consumed me as I fell into an abyss. The abyss was as black as any black I have ever experienced.

My life was an absence of light, enveloped in fear.

My life was no longer my life. It belonged to the government.

My fate rested in the hands of the FBI, the Prosecutors, and the Judge.

Every single thing I did was shrouded by the dark cloud of uncertainty.

Jeff helped me navigate this uncertainty. Jeff gave me something tangible I could grasp. I had a sliver of light in a sea of darkness.

This was seven years ago.

Today I have a successful coaching business, a soon-to-be-published memoir, “Blank Canvas, How I Reinvented My Life After Prison,” and a TEDx titled “How I Learned My Greatest Worth in Federal Prison.”

Jeff and the Progressive Prison Ministries were and are an integral part of my journey from rock-bottom to where I am today.

The support of the group pre-prison, in prison, and post-prison has been immeasurable.

How do you measure a sense of peace and belonging? A sense of community and understanding? How does one measure the unraveling of shame?

I suppose in gratitude.

I will be forever grateful to Jeff and the Progressive Prison Ministries.

Congratulations on reaching the 250th meeting. What an incredible milestone, one that I’m honored to be a part of. 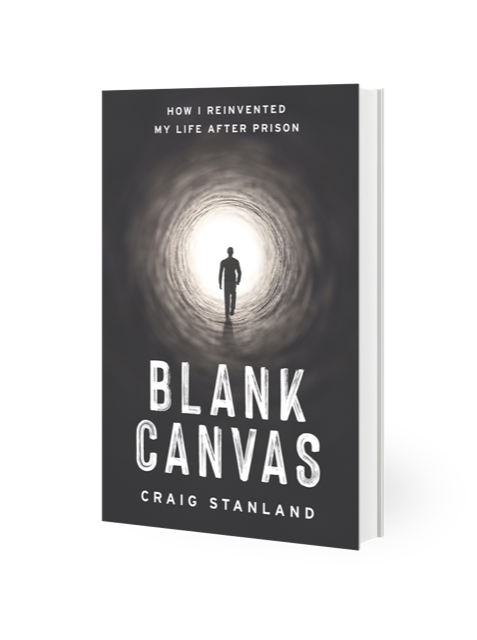 White Collar Week Podcast: An Evening with Our White Collar Support Group. The support group meeting on this podcast is different than most, because all of the 16 group members appearing have agreed to share their names, faces and very personal stories in an effort to reach out to individuals and families suffering in silence. All on the podcast are post-sentencing or back from prison. Watch on YouTube, Listen on Spotify, Apple Podcasts and SoundCloud, link here.