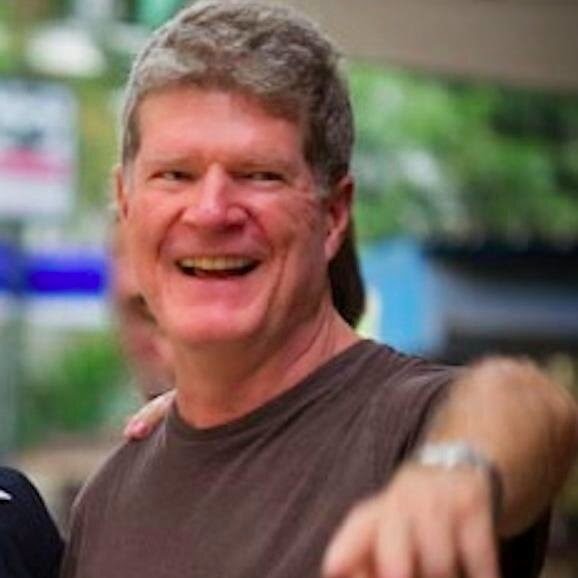 It has always been our goal for prisonist.org to become a mosaic of stories relating to issues of mass incarceration.  We are thrilled that 11-time Emmy winner John Ruane has shared part of his story with us. – Jeff
__________

As a filmmaker, my responsibility is to pose insightful questions and let the story reveal the outcome.

What do Brazil, soccer, mass incarceration and filmmaking have to do with each other?

Everything. It is only through the willingness to examine our lives, find the common threads that bind us, and speak the truth fearlessly that anything ever gets changed. The voice in the wilderness braying about the pain of a loved one deprived of freedom is the same voice that cries out for identification with something greater, whether it be a soccer club like Corinthians in São Paulo or a consumer product brand such as Prada or Rolex. Somewhere amidst the morass of human needs and wants we may find the kernels of civility and brotherhood that can lift us all up.

Brazil has seen a 67.5% increase in its rate of incarceration in the last 10 years. Counting those under house arrest, Brazil is the 3rd most incarcerated country in the world, after the US and China.

Does everything in Brazil relate to poverty?

Brazil has the widest income disparity of any country in the world, a condition extending as far back as the European colonization and slavery. People incarcerated by poverty exist in plain sight. Like the US, the problem includes the targeting of young black men in poor neighborhoods by police, the unjust result of fear, poverty, and the “otherness” of people who happen to have a particular skin pigment. The US and Brazil seem to be in agreement as to who gets locked away.

Income disparity is another growing problem in Brazil (as is true in the US).  My simplified view is this: the mechanism for increasing income disparity is the ever increasing concentration of wealth, knowledge, resources, and control of institutions by a few individuals and corporations that are stuck on the myth that return of of value to the shareholder is supreme. It is, only if we make it so in practice. I submit that this value is relatively new, maybe 40-50 years old. It might be true that we need corporations to create wealth. But we do not need, nor are new generations going to support , those corporations whose narrow definition of profit contributes to dis-using employees, the natural environment, and blankly ignores poverty in our midst.

We surmise that the core problem of poverty is so enormous, both in the US and Brazil, that there exists a tantalizing tendency to get comfortable with abject poverty by conceptualizing individuals within impoverished populations as “others”, i.e., as somehow less than human. We are seduced into accepting the philosophy: “it has always been this way and always will be…”.

The fact is (and we should welcome this debate) that there are enough resources on the planet that there need be no hunger. I am one who believes that technology can serve the greater good. The capacity exists to eliminate hunger and treat each human life as precious. What holds us back is the perception that the good life is a zero-sum game and “I better get mine while I can.”

Why is a filmmaker who is focused on Brazilian soccer and culture railing here about poverty, oppression, incarceration, and racism?

Why not just keep to sports? The answer is simple. The only thing we do worthwhile why on this planet is give another human being a lift up. Everything else is transitory and will crumble to meaninglessness against the inevitability of our own transition from this world. Others will disagree. But let’s not stop there.  What can see eye to eye?

My films illuminate the one thing that most Brazilians agree about — the importance of soccer. By contrast, in the U.S,  we are most likely to find universal agreement about a different thing that is important – money. Finding common ground is a negotiation that begins with the willingness to find the things that we see eye to eye.

Brazil has historically looked to the US for inspiration, from the pursuit of civil rights to jazz music. But the US has let Brazil down. At exactly the time in US history that students, blacks, and people of conscience were fueling the civil rights movement,the US explicitly supported the latest oppressive regime in Brazil, a military dictatorship that ruled Brazil from 1964-1985.

Today, although it has been declared dead,  the US continues to exert the Monroe Doctrine around the world. It is self-interest that governs. Like corporations that fail to see that they may even increase their profit by broadening its definition, the US lets the world down by exerting its influence and defending principles that result in shortages, starvation, and hoarding of resources. We defend the right of a sovereign nation, corporation, or individual to concentrate money and power to benefit a few.  Looked at from the perspective of “have nots”, the US has institutionalized corruption; we’ve made corruption legitimate by dressing it up with fancy legal arguments, underpinning it with flawed doctrines,  or when challenged, we undertake clandestine activity treating “others” as far “less than.“ We think of ourselves as superior moral beings.  Yet, no wonder that much of the world sees as as bullies, or worse.

Mass incarceration is just one of the social ills that the vast majority of US citizens seem willing to overlook because of their own fear and hubris. This is unlikely to change much until there is a critical mass of citizenry that is organized and mobilized to press for policies that treat all people as intrinsically valuable and equal.  How this can be achieved is a weighty question.  Will it, for example, develop from a realization that a requirement that universal public service, including military service, by all citizens is a necessary mechanism for leveling the population and affirming that there is something more valuable and precious than what we can grab for ourselves? Will the anguish of poverty be eased only when there is a collective recognition that huge disparity of income is perhaps the primary source of animus, fear and disharmony?

All of these admittedly broad strokes of commentary beg the question of whether our films are going to be one big polemic?

The answer is no because we know that our purpose is to both entertain, inform, and maybe even inspire our audience of soccer and indie film fans. Will our work be controversial? Maybe. Will it be truthful? Yes. Will the filmmakers be consciously engaged in continual “self-checking” to identify our own buried biases, assumptions and impulse to objectify populations as “other’, as less than human? Yes. Why? Because self-criticism is part of our core values; it is essential to telling stories that touch the center of the human heart. Revealing the truth of our stories, whoever that leads, is an opportunity to bring forth the emotional response that audiences crave in a good story. We are storytellers.

The fact of the matter is that all marketing too is storytelling. In business, we seek to “connect” with our customers or connect our customers to the brand. Storytelling, with all its emotionally impactful techniques, from music to stirring images, to ego appeal, can be used for good or for ill.  Self-serving interests can be subtly or not so subtly achieved by pulling the wool over the eyes of large groups of people. It happens every day.

My opinion on mass incarceration may or may not resonate with this constituency. (In my view, mass incarceration is a problem we can solve with the political will to invest in our society and infrastructure.)  Our films may challenge or confirm conventional beliefs about incarceration or other socially significant issues. But, above all, they will tell stories that captivate the audience because without that quality we might as well be whistling in the wind.

Our goal is to tell the truth in as unbiased a way as we can achieve – to tell stories with passionate connection to the stories we tell.with emotional resonance, whether we are telling a story about Brazilian soccer, or poverty/mass incarceration, or the relationship between the two – and what the future may hold for both.

John Ruane is an 11-time Emmy Award winner with over 30 years of experience as a media business executive, independent producer, and entrepreneur – including 20 years with NBC Sports. During his career, John has broadcast thousands of hours of live and recorded sports and news programming. He has traveled extensively around the world covering major events such as the Olympic Games, Wimbledon, the Super Bowl, the World Series, and the NBA Finals, to name a few.
Beautiful Game will be an independent production. This means that it will not be constrained or influenced by the kinds of strategic business ties that major media companies have with sponsors and conservative political entities, so truth-telling will be possible and themes can be developed that reach beyond the  sanctioned and acceptable pablum that passes for sports storytelling from “official” sources. To reach John Ruane: jruane1@gmail.com. Link: Beautiful Game crowdfunding initiative.

If transformation and redemption matter to you, a friend or a family member with a white-collar or nonviolent incarceration issue, please contact us and we will promptly send you an information package by mail, email or via Dropbox. The darkest days of a person’s life can be a time of renewal and hope.
By Jeff GrantFebruary 28, 2015Leave a comment
Share this post
Share on FacebookShare on Facebook Share on LinkedInShare on LinkedIn Pin itShare on Pinterest Share on WhatsAppShare on WhatsApp TweetShare on Twitter

Jeff Grant is Practicing Law Again: Announcing the Formation of GrantLaw, PLLC
May 12, 2021