Life After Prison In Connecticut 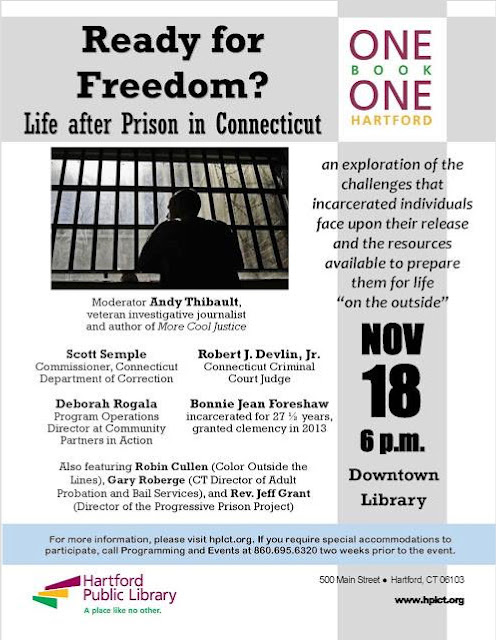 Robin Cullen, CEO of Color Outside The Lines, facilitator of groups in prisons and community out reach programs

Gary Roberge, Director of Adult Probation and Bail Services for the State of Connecticut

Bios of Panelists and Participants Below: 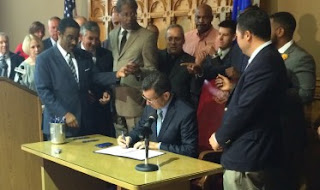 A Note from Andy Thibault, Author of Cool Justice and the Cool Justice Blog:(HARTFORD, CT) – [On July 9, 2015] Governor Dannel P. Malloy joined lawmakers, state officials and advocates for a bill signing ceremony to commemorate the final passage into law of the “Second Chance Society” legislation the Governor introduced earlier this year. The package of initiatives is designed to continue the progress being made in reducing the state’s dropping crime rate, which is at a 48-year low, as well as ensuring nonviolent offenders are successfully reintegrated into society and become productive workers in Connecticut’s economy. 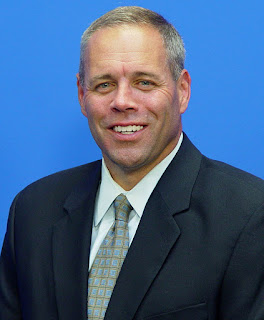 Commissioner Scott Semple joined the Connecticut Department of Correction as a front line Correction Officer in 1988 at the high security Cheshire Correctional Institution.

Semple entered into the field of correctional training in 1996 and subsequently he was promoted to the rank of Correctional Captain at the agency’s training academy.

In 1999, Semple was assigned to the Department’s Office of Public Information where he served as an agency spokesperson. During the course of this assignment, he was promoted to the rank of Major in the year 2000, and went on to serve as the Legislative Liaison for the Department.

In April 2015, Commissioner Semple dedicated the State’s first Reintegration Center. The Cybulski Community Reintegration Center at the Willard-Cybulski Correctional Institution is designed to prepare inmates for reintegration upon release and to reduce recidivism. It is a part of Gov. Malloy’s Second Chance Society initiative. 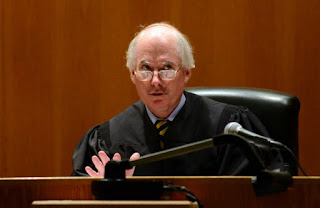 Judge Robert J. Devlin, Jr. is a lifelong resident of Connecticut and an honors graduate of the University of Connecticut School of Law. After law school, Judge Devlin worked in private practice for three years and then as a public defender for about a year. For the next eight years, he served as an assistant state’s attorney under then-State’s Attorney Arnold Markle in New Haven. In late 1987 he was appointed as a federal prosecutor for the U.S. Department of Justice in its Organized Crime Strike Force. In 1992 he was recognized by the U.S. Attorney General as one of the outstanding federal prosecutors in America for his work as a member of the prosecution team that secured convictions of the hierarchy of the New England mob.

In 1992 Devlin was appointed a Superior Court judge by Governor Lowell P. Weicker, Jr. He has served as a criminal court judge in the judicial districts of New Haven, New London, Fairfield, Hartford and Stamford. He has also served on several Judicial Branch committees, including the Committee of Judicial Ethics, the Criminal Jury Charge Committee and the Judicial-Media Committee, of which he is co-chair. He is also a member of the Connecticut Sentencing Commission.

Devlin is currently assigned as presiding judge of criminal matters in Bridgeport. The criminal section of the Greater Bridgeport Bar Association selected him as its 2008 Judge of the Year. In 2010 he was named Chief Administrative Judge for the Criminal Division of the Superior Court and continues to serve in that position. He has presided over several notable trials including State v. Beth Carpenter, State v. Russell Peeler, State v. Dominic Badaracco and State v. Christopher DiMeo.

Devlin also is an adjunct instructor at Naugatuck Valley Community College. He was the recipient of the 2010 Faculty Senate Adjunct Award and has authored a textbook for his NVCC litigation class. In addition, he teaches courses in the Criminal Justice program.

Bonnie Foreshaw is co-author of “Couldn’t Keep It To Myself – Testimonies from Our Imprisoned Sisters,” and “I’ll Fly Away – Further Testimonies from the Woman of York Prison.” Foreshaw had been jailed for more than 27 years on jacked-up charges of first degree murder of a person she had never met. A buried memo by Superior Court Judge Jon Blue – written when he was a public defender – delineated the basis for a proper charge of manslaughter in the accidental shooting. After the memo was published and brought to the attention of the state Board of Pardons and Paroles, Foreshaw was granted clemency and released on Nov. 15, 2013.

She has since spoken at programs hosted by Gateway Community College in New Haven and the Oliver Wolcott Library in Litchfield. Foreshaw is writing a memoir about her experience, including sexual assault, moldy buildings and other elements of prison life in Connecticut. During a recent appearance at the Oliver Wolcott Library, Foreshaw also spoke about challenges of re-entering society, including having to go to the Department of Motor Vehicles six times to get an ID. 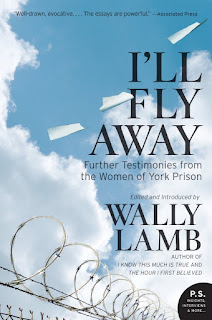 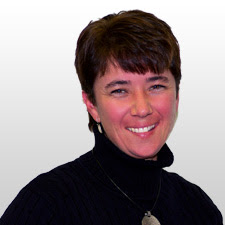 I was an intern from Central Connecticut State University in 1994 and I was a senior when I came in contact with the Resettlement Program. I met Sister Nancy, who has been a tremendous mentor to me. After that internship I was hooked. I knew immediately that I wanted to work with this population and I wanted to work with an agency that has such a wealth of history. We have been around since 1875 and that to me is pretty amazing.

The Resettlement program works with individual that are discharging from Niantic (York Correctional Institution), 6 months prior to release and then 6 months in the community. I have been with the program for fourteen years now because I absolutely love what I do. I really believe that CPA and Resettlement are making a difference in so many people’s lives. I’m awed by the strength of the women we work with. I come to work every day and I love what I do. I am amazed by the work that we do. For me it’s easy, you either go to work and love what you do or you hate what you do. I chose to stay with CPA because I believe in our mission, I believe that people can change if given the opportunity and given the resources.

The greatest rewards for me are watching individual successes. Whether it be watching an individual graduate her GED or watching/witnessing someone graduate from college or driving a U-Haul filled with furniture and help someone move into their first apartment or helping someone move into one of our transitional houses. There are so many rewards to the job. Yes there are absolute challenges and I think that is the piece where I’ve grown the most and learned about myself through coworkers, staff, supervisors and mentors. I have grown tremendously over these fourteen years, both emotionally and spiritually. I’m a different person. I see the world different. I see the issues of society differently. I’m really blessed to be part of such a great organization. 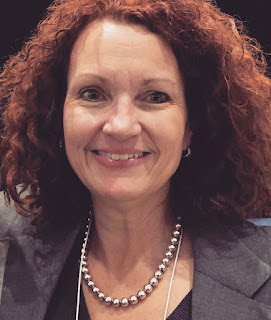 Robin Cullen is a consultant and artist.

She is a trained group facilitator in curricula written by Dr. Stephanie Covington: Beyond Trauma, Beyond Anger and Violence, A Women’s Way Through the Twelve Steps, Helping Women Recover and Healing Trauma.

Robin was a member of the therapeutic writing group formed by Wally Lamb at York Correctional Institution. Her essay was published in Couldn’t Keep It To Myself (2003). She continues with related work as a guest performer and board member for the Judy Dworin Performance Project (JDPP).

Since 1989 JDPP has been harnessing the arts as a powerful catalyst for creative expression through performance, community building, and positive change. Robin is certified through Amherst Writers and Artists to teach therapeutic writing. Ms. Cullen worked with Mothers Against Drunk Driving, (MADD) for more than ten years. 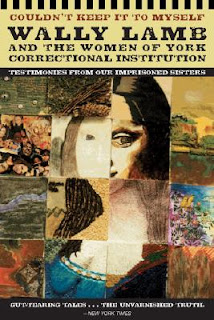 Now, owner of Color Outside The Lines, she facilitates groups in prisons and community out reach programs and is an especially passionate and informed lecturer on the subject of Reentry. Robin is also a remodeling contractor. Uplifting, transforming, and repurposing – people, places, and things!

Gary Roberge is the Director of Adult Probation and Bail Services for the State of Connecticut – Judicial Branch’s Court Support Services Division as well as the Commissioner of Interstate Compact for Connecticut. He has over 27 years of criminal justice experience within the Branch. Prior to obtaining supervisory and managerial positions, his career began with the Office of the Chief Bail Commissioner as a line officer providing direct service to the courts.

Roberge has spent the past 16 years working within the Connecticut Judicial Branch’s Court Support Services Division managing and now directing adult probation and bail field operations. He directs over 700 line and supervisory probation and pretrial staff who supervise over 41,000 probationers and 16,000 pretrial release cases. 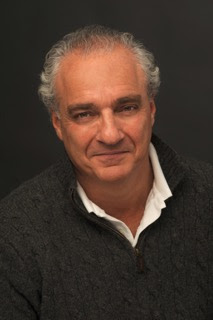 Jeff is the Minister/Director of the Progressive Prison Project/Innocent Spouse & Children Project, Greenwich CT & Nationwide, the first ministries in the U.S. created to provide confidential religious/spiritual support and consulting to people with white-collar and other nonviolent incarceration issues and their families – before, during and upon reentry from prison.

After serving almost fourteen months in a Federal prison for a white-collar crime, Jeff was awarded a Master of Divinity from Union Theological Seminary in the City of New York, with a focus in Christian Social Ethics. Jeff sits on a number of Boards serving ex-offender communities, including Family ReEntry, Community Partners in Action, Healing Communities Network, and the Editorial Board of the book, The Justice Imperative: How Hyper-Incarceration has Hijacked the American Dream.

Jeff was the recipient of the Elizabeth Bush Award for Volunteerism and the Bridgeport Reentry Collaborative Advocate of the Year Award ’13, ’14 & ’15. JustLeadershipUSA recognized Jeff as one of “Fifteen Leaders in Criminal Justice” at its launch in NYC. He has been the subject of articles in national media including Forbes, Absolute Return/HedgeFund Intelligence, Fairfield County Business Journal, New York Magazine, Weston Magazine Group, and others. Jeff is also the editor of the important and widely read blog, prisonist.org, at which he authors, edits and curates content around national and international criminal justice advocacy/ministry themes. 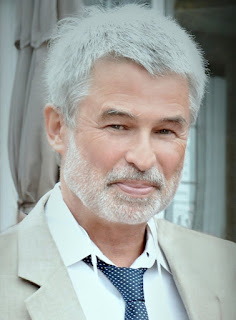 If transformation and redemption matter to you, a friend or a family member with a white-collar or nonviolent incarceration issue, please contact us and we will promptly send you an information package by mail, email or via Dropbox. The darkest days of a person’s life can be a time of renewal and hope.
By Jeff GrantOctober 29, 2015Leave a comment
Share this post
Share on FacebookShare on Facebook Share on LinkedInShare on LinkedIn Pin itShare on Pinterest Share on WhatsAppShare on WhatsApp TweetShare on Twitter