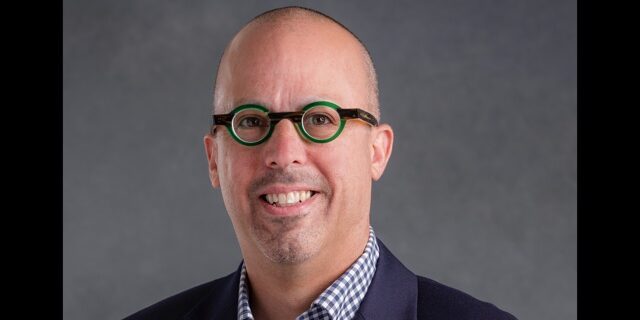 By Thomas Breen, Reprinted from the New Haven Independent, April 30, 2019

Philosopher Gregg Caruso has one big problem with punishment: It doesn’t work.

In a world where social determinants like poverty, abuse, and malnutrition play a much larger role than individual choices in shaping the course of one’s life, he argued, a criminal justice system bent on punishment over rehabilitation is not just ineffective; it’s needlessly cruel and counterproductive.

Caruso offered those thoughts on his path from free will skepticism to criminal justice reform on the latest episode of WNHH’s “Criminal Justice Insider with Babz Rawls-Ivy and Jeff Grant.”

A professor of philosophy at SUNY Corning and the co-director of the Justice Without Retribution Network (JWRN) at the University of Aberdeen, Caruso argues that free will is largely an illusion.

“Who we are, what we do, is ultimately the result of factors beyond our control,” he said. “We’re not really morally responsible in the basic desert sense.”

This academic philosophical conviction, that social determinants that one has no control over play a much larger role in one’s life than whether or not one is a “good” or a “bad” person, inevitably led him to the world of criminal justice reform.

Because, as he sees it, the American criminal justice system is predicated on the preeminence of free will, and on the idea that those who suffer deserve to suffer and those who succeed deserve to succeed.

When one has no control over one’s DNA, the circumstances in which one was born, and one’s psychological predispositions, he said, a punitive rather than a rehabilitative criminal justice system just inflicts further harm on those already struggling, and does nothing to solve root causes that lead to crime in the first place.

“A big part of my view is that criminal behavior is a byproduct of social determinants,” he said, “and those are obviously going to be affected by the political structure, racism, poverty, socioeconomic inequality, housing and healthcare inequality, educational inequality. We have to start realizing that those are determinate factors in many peoples’ lives and are responsible in many ways for the kinds of outcomes we see.

“And if we want to address criminal justice, we really want to start addressing those social determinants.”

Nearly 90 percent of incarcerated women have some history of physical or emotional abuse, he said, and the American legal system has a long track record of disproportionately punishing people of color for offenses that white people commit at equal frequencies.

Instead of locking people in cages without access to adequate education, job training, and health care, he said, the American criminal justice system should follow a “public health quarantine model” that temporarily segregates from society those who have committed crimes and are proven to be a danger to others.

During that quarantine, people should be placed in an environment that resembles the natural and social world they will return to post-incarceration, and they should be provided with the necessary training and health care and resources to help them successfully reintegrate into society once they no longer pose a threat to others.

An overly punitive system simply doesn’t cut down on crime, he said. Roughly 76 percent of formerly incarcerated Americans are re-arrested on new charges within five years of their release.

“The goal,” he said, “should be to rehabilitate and reintegrate.”