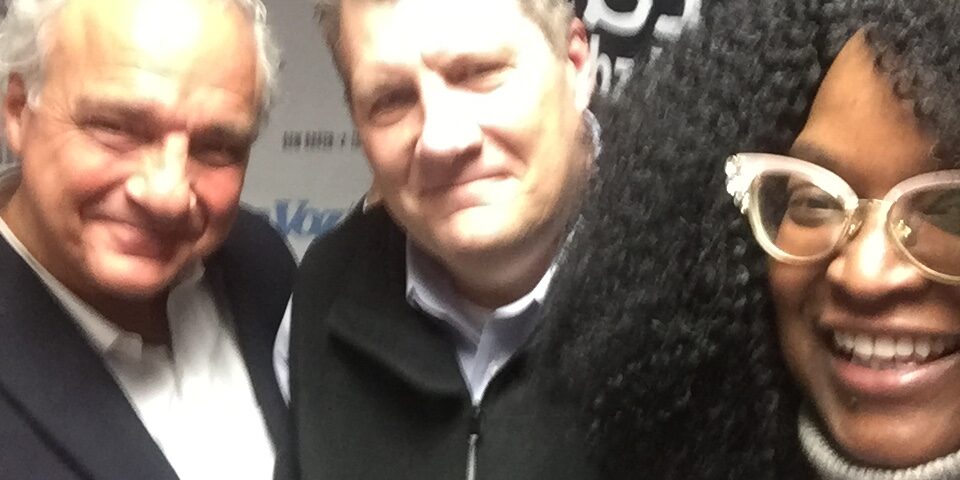 When Rollin Cook started his career as a correctional officer in Utah 30 years ago, the criminal justice system prioritized handling inmates with force.

As the new head of Connecticut’s prison system, Cook plans to build off of his predecessor’s reform legacy by championing communication and rehabilitation rather than physical punishment for those behind bars, as well as anti-discrimination for the recently released.

Cook discussed those criminal justice reform goals and the three-decade trajectory of the country’s prison system as a whole on the most recent episode of WNHH’s “Criminal Justice Insider with Babz Rawls-Ivy and Jeff Grant.”

The 51-year-old former head of the Utah prison system is less than two months into his new job as the commissioner-designate of Connecticut’s Department of Correction (DOC), replacing outgoing commissioner and nationally-celebrated reformer Scott Semple.

“There’s a reason why my nose is crooked,” Cook said during the interview. The commissioner-designate, a soft-spoken but burly veteran of the Utah correctional system who worked his way up from correctional officer to commissioner, said that “everything was about force” when he first started working in Utah prisons in the late 1980s and early 1990s. Correctional officers like him were required to go into cells and “take people down.”

“Now,” he continued, “when we’re looking to hire people, we’re looking for people that can problem solve, that can communicate, that can lead. It’s not about forcing someone, but about leading them, coaching them.”

During his five years as the head of Utah’s system, Cook earned praise from his native state’s governor, the American Civil Liberties Union (ACLU) Utah, and the Utah Prisoner Advocate Network for both advocating for staff and for improving inmate mental health and restrictive housing policies.

Recently tapped by Gov. Ned Lamont to bring the same humane, reform-minded prison policies to the Nutmeg State, Cook said he is interested in continuing the work done by Semple, who worked with former Gov. Dannel Malloy to shutter prisons, reduce the state’s incarcerated population, and establish the TRUE program in the Cheshire maximum-security prison where young inmates are mentored by older, fellow inmates serving life sentences for crimes that they committed while they were young.

“The reason I came to Connecticut was because of the things that you’re doing,” Cook said. After listening to Semple present at prison commissioner conferences around the country, Cook remembered thinking to himself, “I wanted to be part of that.”

In his new job, Cook said he will prioritize reforming “restrictive housing” policies that keep Connecticut inmates contained in solitary confinement. He’ll also prioritize “staff wellness” so that employees at all levels of the DOC feel empowered to speak up about what’s working and what’s not from their perspectives in the state’s prison system.

And for those who have been released from prison, Cook said, he will be a champion of anti-discrimination legislation like House Bill 6921, introduced by New Haven State Rep. Robyn Porter, which looks to remove barriers to employment, education, and, in particular, housing for those with criminal records trying to reintegrate into society after being released.

“It isn’t just a corrections problem,” he said. “It’s a social justice problem.” A good job and medical treatment and reform-minded legislation can only do so much for someone recently released from prison, he said.

“If they’ don’t have a place to live when they get out,” he said, “they’re gonna fail.”