New Haven Independent: 16 Years For A Crime He Didn’t Commit 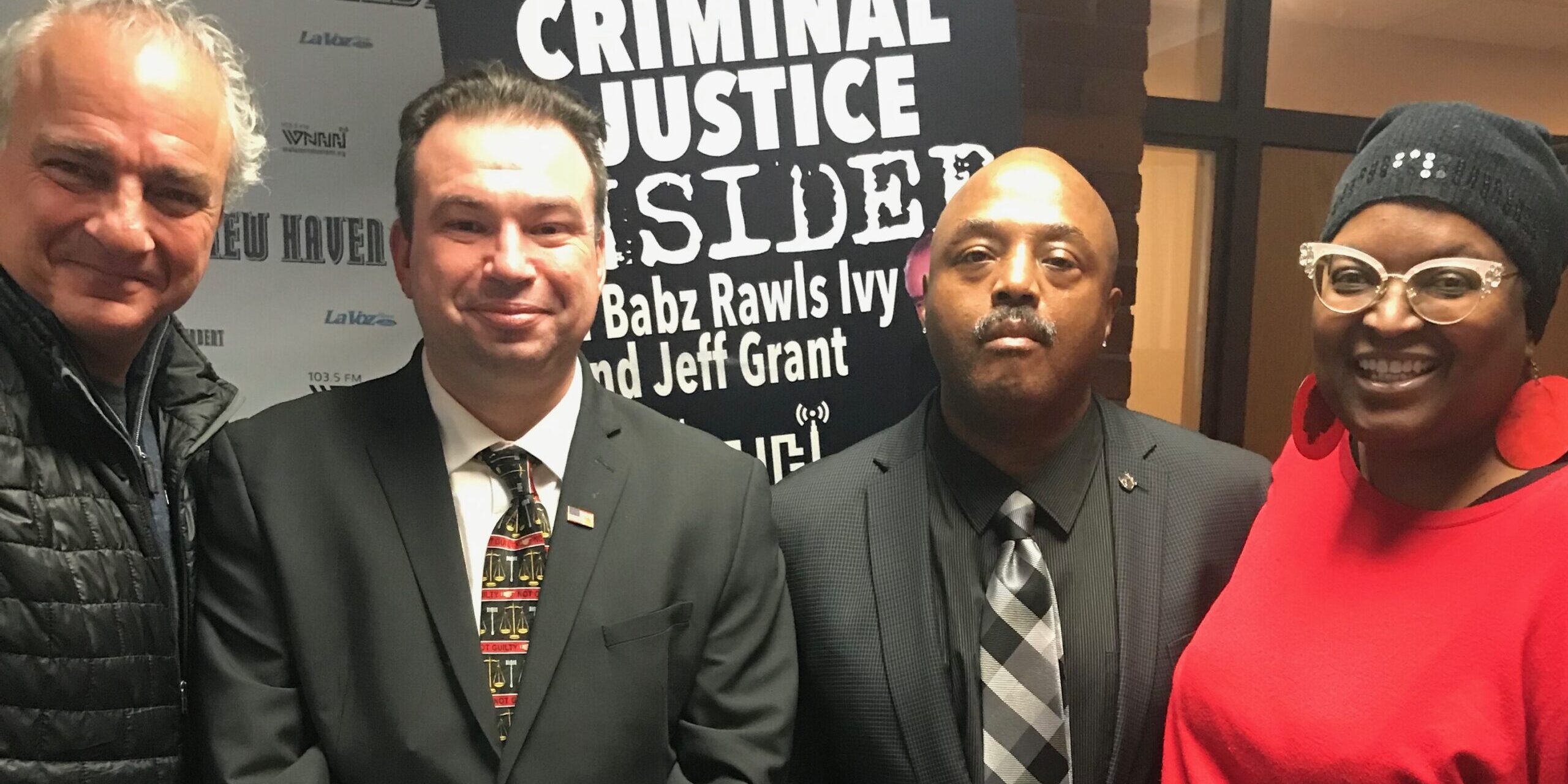 Jeffrey Deskovic was playing whiffleball with a friend the night his high school classmate was raped and murdered.Despite DNA evidence to the contrary, the state still thought he did it. So did a jury. Deskovic spent 16 years behind bars, until the actual killer’s DNA finally helped clear his name and set him free.

Deskovic told that story of his wrongful conviction and successful exoneration on the most recent episode of WNHH’s “Criminal Justice Insider with Babz Rawls-Ivy and Jeff Grant.”

Now the CEO of the Deskovic Foundation, a nonprofit that has helped overturn seven wrongful convictions and succeeded in advocating for the country’s first Commission on Prosecutorial Conduct in New York, Deskovic was just a 16-year-old sophomore in high school in 1989 when police arrested him for the rape and murder of a fellow classmate in his home town of Peekskill, N.Y.

Initially, Deskovic said, he and his family weren’t concerned about him being found guilty. He knew he hadn’t committed the crime, and pretrial DNA tests of semen found inside the victim didn’t match his own.

“They all thought the system worked,” Deskovic said. “Me being wrongfully convicted was the last thing on anybody’s mind.”

But, as Deskovic has learned over the past three decades, innocence sometimes has little to do with whether or not one is found guilty for a crime.

The medical examiner failed to disclose complaints from surrounding communities about his history of providing untruthful testimony. He also rushed to the grand jury and urged them to find Deskovic guilty even before the results from the DNA test were in.

The public defender representing Deskovic failed to bring up in court the teenager’s alibi, that he had been playing whiffleball in a friend’s backyard, and didn’t even interview the friend Deskovic claimed to have been with.

And the district attorney, eager for a conviction and unwilling to accept that a negative DNA test meant that Dekovic hadn’t in fact raped and murdered the victim, proceeded with the prosecution, and succeeded in getting a guilty verdict from the jury for first-degree rape and second-degree murder.

Besides his family, he said, “everyone else in the community turned on me. Everybody hated me.”

Still just a teenager, Deskovic was sent to a men’s maximum security prison. He spent the next 16 years bouncing between Elmira and Sing Sing, learning law, earning a GED and an Associate’s Degree, and urging his attorneys to keep fighting his case.

The first break in Deskovic’s case came in 1996, and had nothing to do with him. New York created a DNA databank designed to link DNA evidence from crime scenes with offenders. The second break came in January 2006, when the Innocence Project decided to pick up his case and test his DNA using new technology.

The third, and critical, break came in September 2006, when the DNA found inside the high school victim some 16 years earlier was matched with that of Steven Cunningham, who was in prison for a different murder he had committed over a decade prior. Cunningham eventually confessed to committing the crime for which Deskovic was locked up. Later in September 2006, Deskovic was released at the age of 32.

Since then, he has started his own nonprofit, helped overturn seven wrongful convictions, and worked on a campaign to establish a commission in New York to provide independent oversight of prosecutors.

“One of the most common elements that runs through many wrongful conviction cases is prosecutorial misconduct,” he said. That can be anything from withholding evidence of innocence to withholding evidence that has to do with witness credibility to making inflammatory statements over the course of the trial.

Sometimes misconduct stems from political ambition, he said, a prosecutor’s eagerness to get a conviction at all costs. Sometimes “it becomes kind of like a game, like wins and losses,” he said.

Now about to graduate from law school, and scheduled to take the bar this summer, Deskovic said he has no interest in slowing down his advocacy for the wrongfully convicted.

“Between now and when I drop dead,” he said, “I’ll be doing this work.”