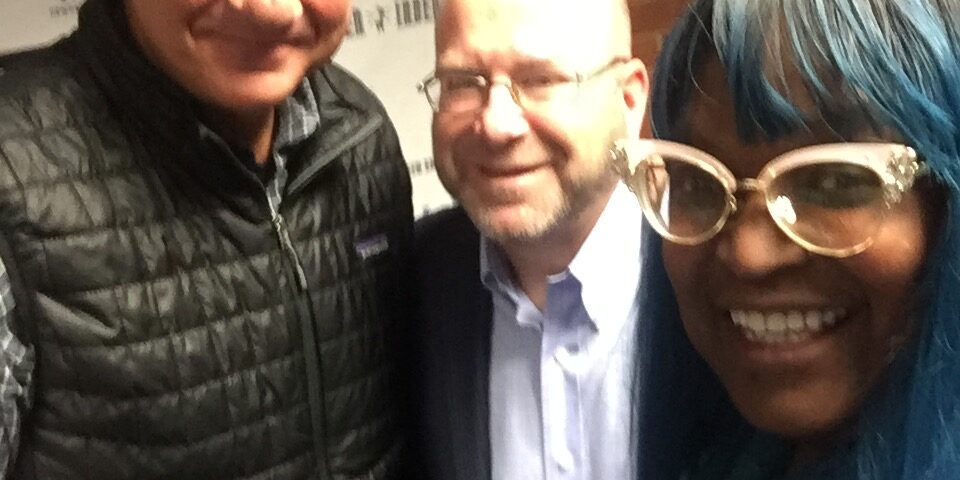 Jeffrey Abramowitz read over 1,000 books and taught over 50 classes while behind bars.

Now out of prison but still on probation, the trial lawyer-turned-criminal justice reformer still sees the best route to successful reentry coming through a combination of self-improvement, adult education, and more and better job opportunities for the recently incarcerated.

Abramowitz shared that vision for how best to reintegrate into society post-prison on the latest episode of WNHH’s “Criminal Justice Insider with Babz Rawls-Ivy and Jeff Grant.”

“The message that I want people to know is that there’s opportunity for everyone,” Abramowitz said. “You are the one that it starts with. You have to make that decision yourself that you want to change. That you want to better yourself. And that you want to find that special place that makes you happy, and then run with it as fast and as hard as you can.”

Abramowitz is currently the executive director for reentry services for JEVS Human Services in Philadelphia. He’s also the director of student services and workforce development for Community learning Center and the chair of a prison literacy committee for the Coalition for Adult Basic Education.

But before all that, he was an accomplished Pennsylvania trial lawyer who landed a five-year federal prison term for defrauding family, friends, and clients of over $1 million.

For Abramowitz, that happened on March 12, 2012, as he stood in a courtroom as a defendant before family, friends, colleagues, judges, lawyers, and clients and took responsibility for his crimes. He received a five-year sentence.

His first night at the federal detention center, his first two cellmates were both serving life terms. He stood naked in a holding cell for an hour as guards looked for a jumpsuit for him. Two guards just outside of his cell fought over which would get to take home his suit.

“I was like, ‘Whoa’,” Abramowitz remembered. “This isn’t what I expected.”

That night, as he lay in his cell wearing the same green jumpsuit that everyone else in prison had to wear, he made two promises to himself: that he would never let this happen again, and that he would make the most of this opportunity to educate himself and advocate for others in a similar situation but without his level of education and white privilege.

During his time behind bars, he read over 1,000 books. He taught over 50 classes on subjects ranging from GED math to public speaking to film studies.

“I made things up just so that I could teach them,” he said.

He also learned how to drive a forklift, how to run a warehouse, and how to change oil in a car.

He realized that working with people to help them navigate prison and, subsequently, reentry brings him the most joy.

After getting out of prison in 2015, he had to live in a halfway house in North Philadelphia for a year.

“I was more incarcerated in that halfway house than I was when I was in prison,” he said. He recalled the daily challenges of finding a meal to eat, of getting a pass to leave the house of the day, of finding clean toilet paper.

He said he saw firsthand how people of color were and are discriminated against at every step of the criminal justice system, in sentencing and treatment behind bars, in trying to find housing and work when released.

Now, when he sits next to state attorneys general and prosecutors on criminal justice reform panels, he is always conscious of using his white privilege to tell people in power about that discrimination, he said.

“I need for them to know that the men and women that I served with that are black and brown are being discriminated against, and that the system is stacked against them.”

Now out of prison, he has a renewed appreciation for everything he previously took for granted on the outside. Underwear that fits. A regular toothbrush. Not having to eat ramen noodles every day of the week.

He has also doubled down on his advocacy for those still behind bars and those trying to navigate parole and reentering society post-release.

JEVS, the social service agency he heads, runs its own methadone clinics in Philadelphia. It owns a technical college specifically geared for the formerly incarcerated. It contracts with the state prison system to run adult education classes behind bars.

“Times are changing,” he said. “And now we have to embrace it. As people that are formerly incarcerated, we have to stand up for ourselves. We have to say, ‘We have skills. We have ability. We have value in society. And we need opportunity.’ So we’re asking for that door to be opened wider so that we can get the careers that we want.”