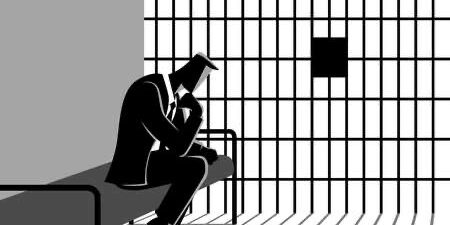 Scott Farah is currently incarcerated in the Satellite Camp at FCI Loretto in Cresson, Pennsylvania. He is a Member-in-Absentia of our online White Collar Support Group that meets on Monday evenings. We will celebrate our 250th weekly meeting on Monday, March 29, 2021, 7 pm ET, 4 pm PT; all Fellow Travelers are invited. 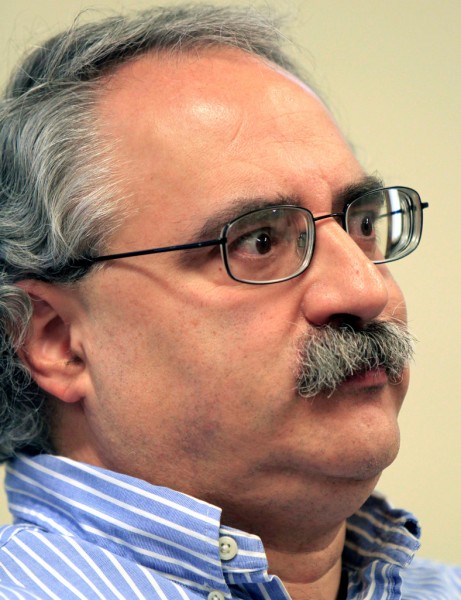 I started my business in 1989. I owned an investment bank. Over the next twenty years, it became the largest investment bank in a small state, New Hampshire. I had offices in 18 states and, was doing well financially. However, I had a fatal flaw in my life, misplaced priorities. My priorities were business, family, God. I was a deacon in my church, well respected in the community. Had a wife and two great sons and all the money that I needed to live the lifestyle I wanted. Yet, because of my priorities being out of whack, I lost it all. After you reach a certain level of income, it no longer becomes about the money, it becomes about the deal. It actually becomes an addiction. You can’t think of anything but the next deal. An example, I was on a two week vacation with my wife, my cousin and his wife in Greece. I spent most of the vacation negotiating a deal back in the United States, even though I didn’t need the money! This type of behavior led me to begin “borrowing” money from client escrow accounts. Why? So I could do more deals. When the real estate market collapsed in 2009, I couldn’t put the money back and lost everything.

For 14 months between the time I closed the doors of my bank and the time that I came into prison, I was in “limbo land”.  I came within a hair’s breadth of committing suicide. My wife of over 20 years left me. Because I was a big fish in a small pond, I was on the front page of the newspaper all the time. There were numerous reports on television. Per my attorney’s advice, I agreed to testify in the State congress as to how I did what I did. It was beyond painful. In the Bible there is a verse that states “Be sure that your sin will find you out”. I certainly can attest to the truth of that verse. I couldn’t even leave the place I was staying to go to the store, I was the most notorious person in the State of New Hampshire.

When I was at the bottom, I had a choice, kill myself or change my priorities, putting God first in my life. I chose the latter and, things have never been the same. Prior to coming into prison, my Uncle Dave, a missionary for over 60 years, told me to consider the prison as a mission field, to ask God to use me to help others. I talked to a couple of guys who had served time for white collar crimes. They told me that I should not associate with anyone,. to spend my time on my bunk or in the library. I determined to listen to my Uncle Dave’s advice. I thought that I was going to get a 9 year sentence and self-surrender to a camp Instead, the judge, due to political pressure, gave me 15 years and sent me to a low. Instead of walking out of the court and preparing to self-surrender, I was taken out of the courtroom in handcuffs and thrown into holding with about 20 other guys in prison for various sorts of crimes. As soon as the door slammed shut, three young men approached me, one white, one black and one Hispanic. They were all drug dealers and all headed to the Pen, the highest level of custody in the BOP. As they approached me, my first thought was that they were going to shake me down. Instead, they asked me if I were Scott Farah. When I said, “Yes”, they said they had been reading about me in the newspaper. They wanted to know if I would be willing to teach them about business. I was surprised but agreed. Those three young men took care of me for the two months I was in holding. In addition, they brought many others to learn about business. I had no way of making things right with the people I had hurt. However, by having this opportunity to help guys, I was able to start “giving back”.

When I got to the Low, I was, to say the least, concerned. I had heard all the stories about extortion and gang violence. I continued to follow my Uncle Dave’s advice and give back. Some of guys that arrived with me in the Low had been involved with my impromptu business classes. They spread the word and in less than a week I was teaching business classes. Within the first few months, the head of the Bloods, the head of the Colombian gang and the head of the Mexican gang in the prison were in my business classes. I never once had a problem in the years that I was in the Low. Because I was willing to give back, willing to help, willing to share my knowledge for free, guys not only respected me, they became my friends and protectors. The one time I was accosted by a gang was when the Arian Nation threatened me because I was teaching blacks and Hispanics. I told the head of the Colombians what had happened and I never heard from the Arian Nation boys again.

I have been in a camp for a number of years now. And, have continued to give back. I have seen lives change. One example, Bill, was a drug dealer. He was in his early 40’s when he came to the camp. Bill had never held a legal job. The only thing he knew how to do was sell drugs. He knew that when he went back out, he would be forced to return to that life. He knew that he was “doing life on the installment plan.” Bill wanted another option. I was able to offer him that option. He came to all my business classes and I helped him create a business plan. Bill has been out for two years now. He has a very successful towing business going. He now has three tow trucks and two guys working for him. He will never go back to selling drugs. Honestly, the feeling I get when I hear from Bill, (every time he contacts me he tells me how I saved his life), is better than any feeling I had when I “made the big deal” in my previous life. And Bill is just one of a number of guys who I have been able to help. This, quite simply, is true wealth

I will be out in less than a year and the focus of my life has changed. The driving force is not how much money I can make. How many deals I can complete, but rather, how many people like Bill I can help. I have, over the last few years, written a re-entry plan which is five books. This correspondence course is specifically is designed to help people like Bill learn everything necessary to succeed upon release. Currently, this correspondence course is in the approval process for both PELL Grants and the V.A. hopefully, within the next six months, inmates across the country will be able to receive this course for free. My goal is to help thousands if not tens of thousands of Bill’s. On a spiritual note, I have set up a plan whereby retired Pastors and Priests will be in email contact with inmates providing them with spiritual counsel. As anyone who has served time or has had a loved one serve time knows, the emotional and psychological strain of being in prison takes a terrible toll and inmates need access to help. On the other side of the table, many retired pastors and priests, my father is a prime example, want to be useful but are physically unable to pastor a church any more. I will have this program up and running within a few months of my release.

So, I am walking out of prison with a mission, a vision, and a far more rewarding life than I could have ever imagined. It’s a life that I am excited about, a life that will be a blessing to others, a life that no amount of money in the world could buy.