Guest Blog: Recovering from My Parents, by Paul Williams 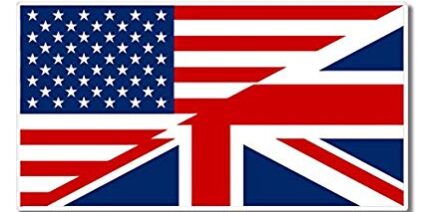 Paul’s email to me, after hearing my interview on the Rich Roll podcast, was moving and powerful. It reminded me so much of my recovery from my own parents that I contacted him in the U.K. (he’s a Brit, his father now lives in the U.S.) and asked him if we could post it as a guest blog. He was thrilled to be of service to others and suspected that giving his story light would be therapeutic for himself, as well. Please feel free to email him your thoughts and comments. Blessings, Jeff

The relationship between my mother and father broke down when I was four. It was 1972.
My father by his own admission was lost in the world you talk about in your ‘Second Chances’ episode with Rich Roll – white collar, corporate, big money, occasionally absent and estranged from family life. Working so hard he missed that his marriage was falling apart. I wasn’t around to watch him crash but he did. It tore me apart when he left and it took me a very long time to develop the ability to articulate and accept the pain. I nurtured strategies to numb his absence – as I grew older I relied heavily on a close circle of trust. I chose those helpers carefully.
My mother was repeating a ‘he was a drunk’ mantra, her language was unhelpful, I didn’t want to hear it, the episode had unsettled me and he was gone. I don’t recall her ever trying to console me. She quickly remarried – the man being one of my father’s best friends. Time passed and when I hit my mid teens I began to want for another perspective on this. In my heart I knew something didn’t add up – there were events that I experienced as a toddler that did not match my mothers recollections.
Of course adolescence invited all the traps you can imagine. Happy now to be away from home I hid out – escaping my trauma with bad life choices, pushing boundaries to breaking point, alcohol, clubs and drugs. London in the early nineties was pretty much party central. Fun to a degree – in the end it ground me down, it made me sick and I was diagnosed with Chronic Fatigue Syndrome.
I married – I would have loved my father to have been at our wedding. My mother attended – with both her boyfriend and my ‘stepfather’, neither of those men were capable of replacing a blood bond. Today I am still married – we have a twenty year old. Healthy and happy, at university and enjoying his time – I have given him everything I missed out on – most of all my presence. He recognizes it.
Ten years ago (2009) a sequence of events brought my father and I together again. A situation I had all but written off – he had been absent for so very long that I had started to believe was never going to happen. The gift I received was not the ‘drunk’ my mother had described (people can change!)- it was a man years deep into sobriety and now working successfully in recovery. I was introduced to the AA way and bore witness to the 12 steps in action.
There were nearly forty years of mystery, unknown circumstances to discover together. There was much catching up to do, we engaged in a discussion framing the trauma we both experienced and since the reunion I have achieved much.
It was clear I needed and sought out help – seeing a counselor was hugely useful. I then decided to go back to school (entry level counseling), volunteered for a spell – playing soccer with teenage boys and spending time with socially isolated elderly men, I stopped drinking around three and half years ago, took up running. It wasn’t obvious how meeting my father would effect me but I can be certain it made me question old ways. Change was required.
Life now is settled. I’m content, I’m grateful – there are aspects that could be better. Namely career and income, I put some of this down to neglectful parenthood. In my teens when support would have been useful my mothers second marriage was crumbling – my stepfather was insignificant in that he was absent and working abroad, I rarely had time with him. There was no bond, no connection – writing this now I still cannot recognise his approach to fatherhood. I navigated my way through the later stages of school and further education with unremarkable results. I make things work today with a minimum wage job, my wife has the better income – if it wasn’t for her…
It must be said there are advantages that come with this. Work is done at 40hrs – it gives me a healthy amount of time to attend to family and fitness. Running has been a revelation – I reached a goal of running 1000 miles and climbed Snowdon & Pen Y Fan last year, two of the UK’s highest mountains. I’m competing now with race results I can be content with. This was how I came across Rich Roll (the podcast with elite athlete Kilian Jornet was the first time I watched him).
Long term goals are aimed in the direction of counseling and men’s health. Men can be pretty rubbish when it comes to this ‘stuff’ – I know. I’ve got the scars. This is a story full of hope, belief, trust, promise, forgiveness, acceptance, it is a tale of resilience, it is raw and human – there are few that can tell me now that miracles don’t happen! I look forward to the day whereupon this becomes someone else’s inspiration.