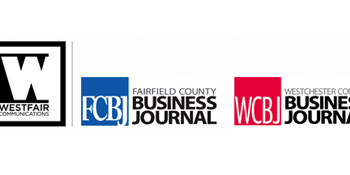 Founded in 1984 as a re-entry support group for men at the Isaiah House in Bridgeport and with a budget of over $4.5 million, Family ReEntry is principally involved with helping people convicted of street crimes and their families re-enter society. The organization has some 15 intervention, re-entry, and family and children programs. Services are provided in Bridgeport, Derby, Norwalk, Stamford, New Haven and Norwich and in three prisons in Cheshire and Niantic.

Grant’s elevation — he’s served on Family ReEntry’s board of directors since 2009 — marks the first time that a formerly incarcerated white-collar criminal has served as the head of a major re-entry agency.

“It’s a tremendous step, and a bold decision on the board’s part,” Grant said. “This is a transformative period for Family ReEntry. I owe them my fresh start, so of course I said yes when they offered me the position.”

He is replacing Steve Lanza, who as the group’s executive director for the past 15 years “was the heart and soul of Family ReEntry,” Grant said. “He had some family issues he had to attend to and is starting a consulting practice for nonprofits in general and criminal justice nonprofits in particular.”

Family ReEntry is also in the midst of weaning itself from state support, as much of that was reduced as part of the recent budget cuts, which Grant termed “adverse and dramatic.”

“We’ll miss having that overabundance of state contracts,” Grant said, “but now we can be more creative in fulfilling our mission.” The nonprofit’s private fund raising department is already finding donors in that area, he said. “The miracle is that we’ve been able to use our experience and learning from the inner-city and white-collar communities to make each of them stronger and more empathetic, which is part of our mission of advocating for public awareness of the issues surrounding criminal justice and re-entry.”

In 2006, Grant, a former corporate lawyer with an office in Mamaroneck, N.Y., served 14 months in a low-security prison after pleading guilty to federal fraud charges. He was charged with falsely claiming in a loan application to the U.S. Small Business Administration to have had an office on Wall Street that was impacted by the Sept. 11 terrorist attacks.

After his release, Grant volunteered with several nonprofits that helped rehabilitate former convicts as they re-entered society. After attending a 2009 Family ReEntry benefit in Greenwich, he and his wife Lynn Springer joined the group and began working to transform a blighted block across from Bridgeport’s First Baptist Church that had been home to drug addicts and prostitutes into a community park and garden.

In 2012, he graduated from the Columbia University-affiliated Union Theological Seminary, and holds a Juris Doctor and Master of Divinity degree. “It was a big deal that they accepted someone who’d been convicted of a white-collar crime,” he said. Now a [Rev. Deacon at St. Joseph Mission Church in Cliffside Park, NJ], Grant and his wife created Progressive Prison Ministries in 2013.

Both Progressive Prison Ministries and Family ReEntry have benefited from “individuals and families, who have been very open and receptive to our missions,” he said. “People who live in the affluent suburbs in particular have wanted to step up as a way of recognizing their civic responsibility and, frankly, for the tax savings” their donations can realize. “We have a message that resonates around the state — to make sure these people don’t recidivate.”

The cost benefits to society could be significant: according to the FBI, white-collar crime is estimated to cost the U. S. more than $300 billion annually.

Grant said he’s uncertain how much time he’ll be able to devote to Progressive Prison Ministries with his new responsibilities at Family ReEntry, though he pointed out that the former is still moving ahead with a number of ambitious projects.

One of those is an ongoing online support group for white-collar and nonviolent criminals, the first in the country, which began six months ago. Held on Tuesday evenings, the confidential videoconference sessions have had 25 participants from nine states logging in, with most from Fairfield County.

Since January 2015, Progressive Prison Ministries has served and individuals and families in 25 states, with consultations taking place before, during and upon re-entry from prison in person or by phone, email, Skype, FaceTime, GoToMeeting or, if in a federal prison, via CorrLinks.

On Oct. 15, Family ReEntry is serving as Connecticut sponsor of “Emerging Leaders Training,” a daylong event at the University of New Haven presented by New York City-based nonprofit JustLeadershipUSA, which is dedicated to cutting the U.S. correctional population in half by 2030 while also reducing crime.
By Jeff GrantOctober 6, 2016Leave a comment
Share this post
Share on FacebookShare on Facebook Share on LinkedInShare on LinkedIn Pin itShare on Pinterest Share on WhatsAppShare on WhatsApp TweetShare on Twitter