Dear Jeff: The Email That Left Me Speechless 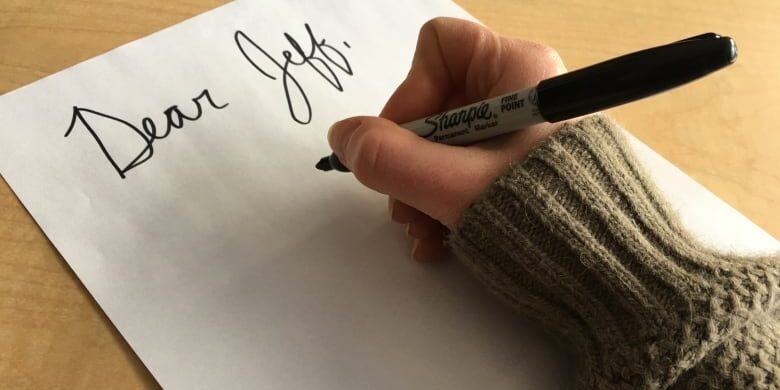 I received this email from a new member of our Confidential Online White Collar Support Group from Ohio. I was so moved that I had to share it with you. This is exactly why I became a minister to those with white collar and other nonviolent criminal justice issues. Please feel free to email your thoughts and comments to me at jgrant@prisonist.org. – Blessings, Jeff

I heard Jeff Grant on the Rich Roll podcast about a month ago and knew I had to contact him, if nothing else, just to thank him for opening up and helping me realize that there are many others going through difficult situations…many, much worse than mine.

I emailed Jeff a day or two after the podcast thanking him, and he responded immediately to let me know I could contact him at any time to discuss my situation.  That was an invitation I couldn’t pass up.  A day or two later I sent him a long email telling him what i had done, the guilt and shame I felt (on the podcast, Jeff clarifies the difference between guilt and shame, something I hadn’t contemplated before), that I was beating myself up daily for the mistakes I had made.

Once again, Jeff responded immediately with five points: 1. He thanked me for trusting him, 2. He told me he did a lot of the same stuff, 3.  He told me there is always a way through, 4. He asked me to join his Monday night support group, telling me it’s the isolation that destroys us, and lastly, 5. he asked me how old my kids were.  I immediately felt hope, and took him up on his offer to join the support group.

Approximately 13 years ago I signed someone else’s name to several loan documents as a co-signor, someone very close to me.  I knew it was wrong.  At the time, I thought I was just signing their name, not wanting to think it was as a co-signor…at least that’s the lie I was telling myself.  I have not missed a payment since signing the docs, but that doesn’t take away from my transgression.

That was 13 years ago, and not one day has gone by where I haven’t thought about what I did, asking myself how I could have done that.  On top of these loans, I piled up more and more debt, to the point of being overwhelmed, I couldn’t see a way out.  I was waking up at 1, 2 or 3 times every night, and my mind would immediately go to what I had done.  I kept wondering how I could have done this, that I needed to call the lenders and confess what I had done, that I could go to jail, or I could be homeless, what would I do with my belongings, how do I tell my kids and family, what would I do with my cat, and the list goes on.  I was literally beating myself up to the point of living with anxiety and being depressed, seeing no way out. I would spend days at work with my head in my hands, looking at co-workers, and telling myself that they would never do something as foolish as what I did…my mind was my prison.

The situation kept getting worse as I made some money in an investment and reinvested it in another company, that has since tanked.  I have no idea how it will turn out, but once again, I wondered how I could have been so foolish.  I now owed the IRS money, and I have to set up a payment plan with them, just one more entity that I owe money to.

Jeff’s email helped me almost immediately, telling me that he did some of the same things I did, there is always a way through, and it’s the isolation that destroys us…those words helped me more than he knows.  I still had to dial into that first support group, which was for me a huge step, one I tried to avoid, but knew it was a critical step to help me get through this, and realize that I’m not alone.  I kept seeing Jeff’s words: it’s the isolation that destroys us…he was spot on.  I’ve sat through three meetings to date and they’ve helped me immensely.  Everyone on the call is so supportive. Everyone is at a different timeline in their journey. Some have gone to prison and are now out doing great things. Some are in the early stages of their journey, scared and wondering what the road ahead holds for them. Some talk about how they will be heading to prison shortly, and speak to their fears of the unknown.

For these people, and really for all of us, Jeff and those who have spent time in prison, are a great source of encouragement and support.  I now realize I’m not alone.  I realize we all make mistakes, but we’re still good people, and good things can come from our mistakes.  Several in the group speak to the fact that their time in jail has actually given them more focus, and given them direction with life post-incarceration.  They all want to serve and help others in some capacity.  I realize, like Jeff said, there is always a way through.

Jeff called me the day after my first support group meeting and helped talk me through my situation.  He made me realize I have a “business issue”, and gave me guidance on how to handle it.  He laid out a course of action and suggested I seek counsel from an attorney in my area, which I did immediately (I had been avoiding this for several years). I’ve followed his similar advice and I know I’m going to be okay.

It looks like I will avoid jail time, and I now have a plan on how to “get through” this…as Jeff has pointed out, there is always a way. That being said, the little devil on my shoulder, at times, still want’s to hold me hostage to what I did, so the support group is critical to my healing process.

Thank you Jeff and the Progressive Prison Ministries Team, your support is critical to my healing process.