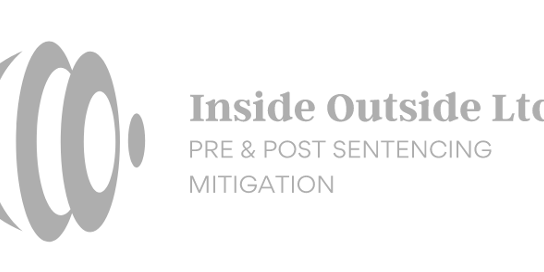 My first step to becoming criminologist, criminal justice advisor, and consultant began when I was barred from the securities industry in 2012.  I am always careful to point out these were not “mistakes”, these were choices and decisions – which are far different than mistakes.

In 2002, I joined my former financial services company, where I was a shareholder and in 2008 became CEO until the company shut down at the end of 2011.  A series of missteps, horrific choices, and bad decisions led me to a total of 18 months in various New York State correctional facilities.

After my release, I coupled my 22-months defending myself and the 18-months of incarceration to become an expert on the New York State Department of Corrections and Community Supervision (NYSDOCCS).  With 3.5 years submerged in all things NYSDOCCS, it was a different sort of graduate school and diploma.

I now devote my life to guiding clients and their families through time in the New York State prison system and beyond.

Since the serious outbreak of COVID-19 this past March, I have written 11 prior times to this article below on the COVID-19 and the NYSDOCCS.

It has been a little over 2-months since I last wrote with an update on COVID-19 within, and pertaining to, the NYSDOCCS.  Based on some recent developments (which may be rather intuitive to all of you), I am nonetheless sharing the following information with, and for, you, your clients, and their families.

We currently have clients in ten (10) of the fifty-two (52) facilities so are getting real time reporting from inmates about what is truly going on.

As COVID starts to ramp up and explode inside several facilities, it’s the corrections officers and staff that are now the super spreaders making the inmates even more defenseless.  Further, it creates greater security risks (reduced staff to inmate ratio) and curtailing of movement by and for inmates.

EARLY RELEASE DUE TO COVID-19

To date, the Governor has granted clemency to three (3) people.  We still do not have one successful NYS inmate released on Medical Parole that had/has more than 90-days left on their sentence.  The one Judge who ordered an inmate to be released was reversed in the appellate court.  And the only “early release” that has been going on is letting inmates out that are 90-days or under to their parole release date or conditional release date.

With COVID running rampant again, particularly among NYSDOCCS Staff which creates serious security issues, there are conversations going on at both the facility level and at the central office to begin releasing inmates even sooner than when they hit the 90-day mark.  The obvious subset of inmates that would meet these criteria for potential earlier release (between 90 and 180 to 360 days) are non-violent inmates, elderly inmates, and inmates with serious medical conditions and pre-existing conditions for COVID-19.

Please feel free to reach out to us and discuss if you have clients that fit this criterion.

As of 3pm yesterday, Dec 8th, the NYSDOCCS temporarily suspended visitations to three (3) more facilities bringing the total back up to six (6) facilities.  The three that were suspended as of yesterday are:

These are in addition to:

What this means practically, in addition to their being no visits, is there is NO transit into or out of the prisons except for medical emergencies or the need to place an inmate in a Solitary Housing Unit (SHU).  With Elmira being a reception facility, the lockdown there further backs up inmates being transferred from county jails / prisons that feed into Elmira.

Sadly, we expect this to continue and get worse over the next few months as the NYSDOCCS still hasn’t tested ~ ½ its population and the statistics they report are woefully inaccurate.  Please do not hesitate to reach out to us regarding any of this information or other related questions to the NYC or NYS Dept. of Corrections.

Craig Rothfeld is s a criminal justice adviser and advocate (M.A. Criminal Justice (Exp. Apr ’22) and CERT. Criminal Sentencing & Sentencing Advocacy (Exp. Apr ‘21) at Inside Outside Ltd., the company he co-founded.  He advises individuals, their families, and their legal defense teams on pre -and post- criminal sentencing mitigation strategies and incarceration.  For more information on Inside Outside Ltd. please visit https://insideoutsideltd.com/media-1.  You can also connect with him on LinkedIn at https://www.linkedin.com/in/craig-rothfeld-8b421a156/ and Twitter @craig_rothfeld.

*Craig has confirmed that he has Harvey Weinstein’s permission to use his name to promote Inside Outside Ltd.