Bozelko Column: Trump Threw Away his Legacy on Human Trafficking 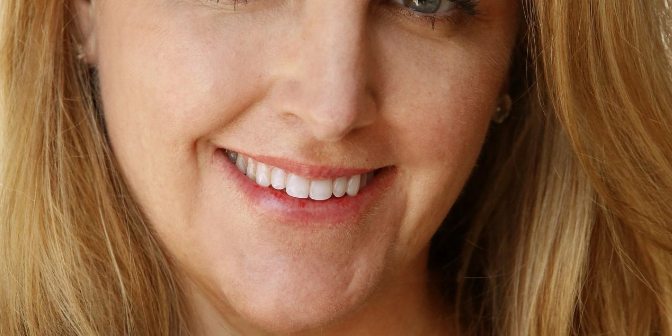 Chandra Bozelko writes the award-winning blog Prison Diaries. You can follow her on Twitter at @ChandraBozelko and email her at outlawcolumn@gmail.com. She is a member of our White Collar Support Group that meets online on Zoom on Monday evenings. – Jeff

On Jan. 12, the federal government carried out the first execution of a woman since 1953.

The woman is Lisa Montgomery, who in 2008 was convicted of killing Bobbie Jo Stinnett, a pregnant woman, and removing Stinnett’s baby and treating her as her own. It looked like the execution might have been scheduled for Jan. 20 or later, but the Supreme Court of the United States reversed each of three stays – court orders halting the execution – to allow the government to take her life.

Montgomery’s last hope was President Donald Trump. But he didn’t grant her clemency or a reprieve, thereby throwing away his legacy of protecting victims of sex trafficking.

The Department of Homeland Security defines human trafficking as “the use of force, fraud or coercion to obtain some type of labor or commercial sex act.” The mention of human trafficking conjures images of women from foreign countries being smuggled out. But it’s a domestic problem; about 83% of sex trafficking victims are United States citizens, according to the Bureau of Justice Statistics. About half are children, according to the federal Office for Victims of Crime.

Montgomery was one of them. As her clemency petition detailed, at age 11, she was prostituted by her own mother in order to “earn her keep.” Her lawyers report that “the roofer, the plumber, the propane man, and who knows how many others, each took their turn” raping Montgomery and paying her mother for the opportunity.

When I was incarcerated, I saw how much sexual abuse of young girls contributes to mental illness that rips away moral inhibitions as an adult. This isn’t an abuse excuse; it’s statistical analysis. Experiencing child abuse doubles the probability that an adult will break the law, says the National Bureau of Economic Research, and sexual abuse amplifies this risk the most.

Indeed 16 women who committed crimes like Montgomery’s had similar abuse histories, yet they were either spared the death penalty by a jury or had their death sentences commuted because of that mistreatment.

Montgomery’s crime is severe and she took responsibility for it. She knew she deserved accountability. But imposing the ultimate punishment on her ignores the fact that the road to Stinnett’s death was paved with molestation by adults who never faced consequences for it – even after Montgomery reported it to a family member who was a police officer.

Addressing sexual trafficking of children is a blueprint for crime reduction, and very few presidents have tackled human trafficking the way Trump has. In September the Department of Justice released $100 million in grants; $35 million will cover survivors’ short-term housing costs. On Dec. 31, he named January 2021 “National Slavery and Human Trafficking Prevention Month.” For the first time, a White House staffer will work exclusively on combatting human sex trafficking, a change that future presidents will likely maintain – at least they should.

The awareness of human trafficking has increased exponentially, arguably because of what the 45th president of the United States did to combat it. The National Human Trafficking Hotline referred 499 cases to law enforcement in 2010 but 3,599 in 2019.

The Jan. 6 riots at the nation’s Capitol and his historic second impeachment have imperiled what Trump can bequeath to history; anything good he might have done will be ignored as people interpret his works. The president could have associated his tenure with protecting people by forbearing the ultimate punishment on a trafficking survivor like Lisa Montgomery. But he didn’t.

Interestingly enough, on Oct. 16, 2020 – the same day the Department of Justice announced the scheduling of Montgomery’s execution – Trump told NBC’s Savannah Guthrie that he agrees with being “very strong against pedophilia.” If that were the case, then he would have hated what was done to Montgomery as a child, at least enough to prevent her unnatural death. But he didn’t.

Executing Montgomery implicitly endorsed the illegal and wretched trade of her tiny body that Trump allegedly worked so hard to stop. The president vowed to “tenaciously pursue the promise of freedom for all victims of this terrible crime.” But he didn’t.

While freedom for Montgomery wasn’t a possibility, administering capital punishment granted a win to the people who sexually abused her. That’s not what Trump’s tenure was ever supposed to be about. But in the end, it was and it will remain that way.

When he leaves office Jan. 20, remember this: President Donald J. Trump turned his back on trafficking victims and protected pedophiles and sexual abusers. It was fully within his authority – and consistent with his other acts – to spare Lisa Mongtomery. He didn’t, instead opting for a shameful legacy.

Chandra Bozelko writes the award-winning blog Prison Diaries. You can follow her on Twitter at @ChandraBozelko and email her at outlawcolumn@gmail.com.