Book Excerpt: Down & Out in Greenwich, Connecticut: From Prescription Opioid Addict to White Collar Criminal to The Minister to Hedge Funders, by Jeff Grant 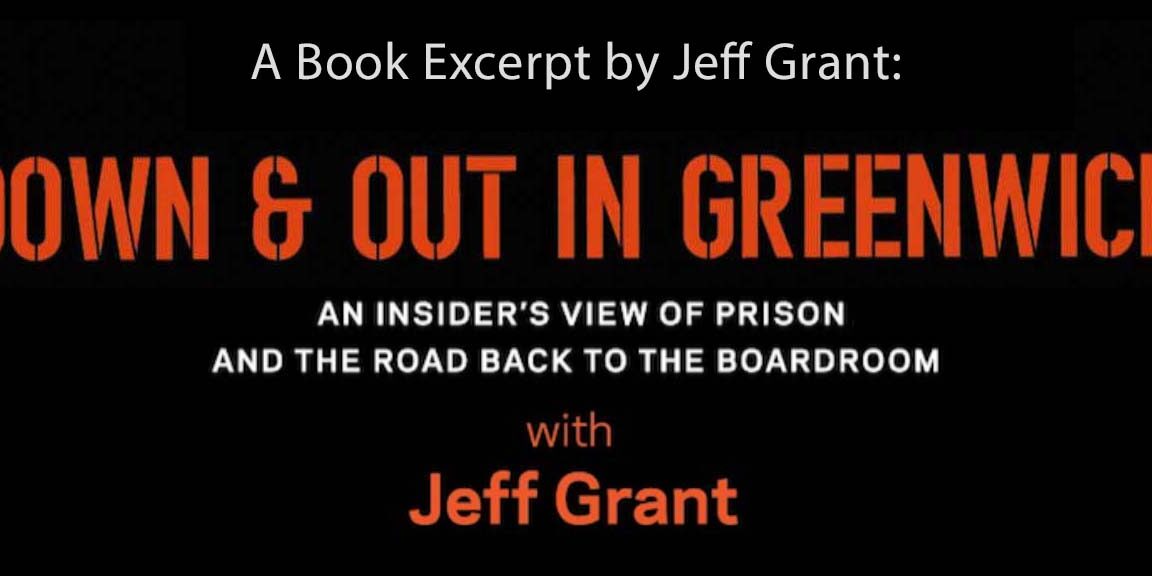 Gary U.S. Bonds had been a big deal in the early sixties.  Thanks to a new tour produced by Bruce Springsteen and a hit called Dedication, he was enjoying a major comeback when I saw his name up on the marquee of The Paradise. Some friends and I had just finished a basketball game on the Mount. As usual, I’d played center like an animal, high on an assortment of pills I’d found in the glove compartment of Jeffri Schwartz’s 1969 Ford Mustang that we’d driven up to Boston to celebrate Richie Gold’s birthday.  It had been a rough, physical game and my face and sweatshirt were a holy mess of dirt and bloodstains. I felt like a million bucks. A kind of raw, visceral power coursed through my veins as the Mustang coasted down the hill towards Commonwealth Avenue. We had just turned the corner when I spotted the marquee.

I was a big Springsteen fan. Big. I’d seen him play when he wasn’t so well known. Darlene Blatt, a girl I’d met at college orientation, had dated Bruce’s first drummer, Vinny “Mad Dog” Lopez.  Or maybe a friend of hers had dated him; it’s hard to remember it all now. She told us all about Springsteen and his band when I met her up at Brockport those first few days of orientation. During the summer of ’74, when Bruce’s second album came out, The Wild, The Innocent & the E Street Shuffle, I picked Arlene up from her folks’ apartment in Brooklyn and a bunch of us went down to Red Bank, New Jersey to see Bruce and the band play. Thirty minutes into the three-hour show, we were all hooked.

Red Bank was Springsteen country; he and the band were all from the Asbury Park area, just a few miles up and down the Garden State Parkway. So Bruce knew a lot of people in the audience.  He called out to them from the stage and they called out back to him. It was like a revival meeting, or maybe an all-night fraternity kegger. Bruce and the band played so long that at one point he walked up the aisle of the auditorium, opened the back door out to the sidewalk and personally assured the people waiting for the second show that he’d give them a full set too. I heard that the second show lasted until after 3 a.m. that night. But there are so many stories now about Bruce that they have become legend. I knew that Bruce was behind Gary U.S. Bond’s comeback. And on this particular afternoon, I was just high, or stupid, enough to decide that we had to add Gary’s show to our collection of Springsteen stories.

We pulled the car over and piled out looking pretty ragged and smelling awfully rancid. Looking just perfect for a sketch. I went up to the ticket window and introduced myself as Freddy Bastiglione, the son of Phil Bastiglione, owner of Concerts West in New York City.

Now I am not, nor have I ever been, Freddy Bastiglione. But Freddy did go to my high school.  And his family did live in Merrick, the Long Island neighborhood in which I was raised.  So I did know at least that Freddy’s dad owned one of the largest, if not the largest, concert promotion companies in New York. I knew that my grungy get-up was more than perfect to help me pass off as Freddy Bastiglione. Who else but the son of a huge rock promoter would show up at a rock concert venue in sweaty gym clothes? Demanding, no less, tickets to that night’s Gary U.S. Bonds show?  It seemed insane, and perfect. With my stock brand of over-in-bred Long Island charisma (one part overly gregarious and one part dismissively arrogant) I told the ticket clerk that there should be four complimentary passes waiting for me.  Long Islanders are not short on balls.

Direct.  To the point. I was a Springsteen fan; I knew his label. The ticket clerk looked the guest list over.  He turned back to me and apologized. I wasn’t on the list. I steeled myself and asked him if he knew who my father was.

The clerk gave me the look. I didn’t blink. He ran to get Gary’s road manager.

About five minutes later, the front door of the Paradise opened.  Gary’s road manager Anne greeted us with a smile and a handshake. There was no turning back then. I explained how my friends, my basketball and I were standing there without our tickets for that night’s show.  And how very disappointed I was. And how when I was disappointed, I explained, my father, Phil Bastiglione, was disappointed too. Anne apologized and put us down for a table up front.

“Why don’t you came back an hour before the show,” she offered, “and you can have dinner with the band?”

Wow. We climbed back into the Mustang and headed over to Richie’s apartment on Beacon Street to shower, change, and get started. We weren’t sure if we were in for the night of our lives or if we were going to end up in jail. Or both.

We arrived at the Paradise at about seven, ready to party. I knocked on the front door and Anne led us immediately to a room in the back. There was a huge spread of food, liquor and beer. On the far side of the room Gary and the band were snorting lines of coke off a glass cocktail table. He motioned us over, shook our hands, and offered us some. We spent the next hour talking, laughing, and partying with the band.  At about five minutes to eight, Anne came out and showed us to our table. We were seated right in front, maybe five feet from the stage. As Gary and the band played their set, a spray of Gary’s sweat flew into our faces. We were so high we could barely make out the words.

Somehow I got inspired and scrawled a note on a piece of paper.  In between songs, I stood up and handed it up to Gary up on stage. He looked kind of startled as if that sort of thing wasn’t supposed to happen.  As he read the note he laughed and then announced to the crowd that it had been twenty years, or more, since he had taken any dedications during a show.  But, on this special night, in honor of his good friend Richie Gold, the band was going to sing Happy Birthday. And then they did. Gary U.S. Bonds and his band sang Happy Birthday to my friend, Richie Gold. And then they went into their Number One Hit, Dedication. 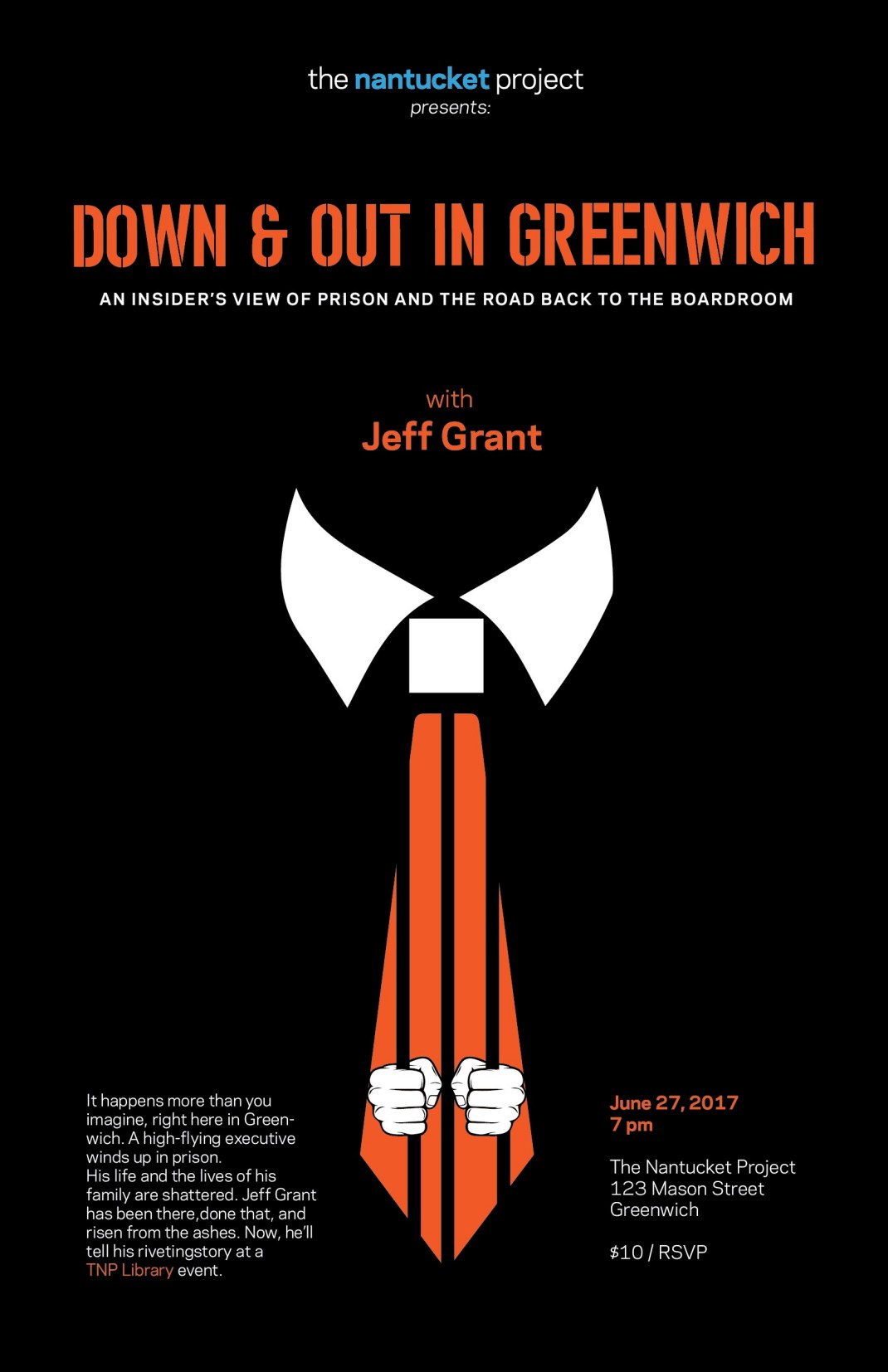 Jeff Grant is Practicing Law Again: Announcing the Formation of GrantLaw, PLLC
May 12, 2021