Bloomberg: SAC’s Richard Lee Admitted to Insider Trading. Then He Cleared His Name

A Testimonial From Richard Lee: “Thank you Jeff for your counsel throughout these past several years. My family and I are grateful to you and Lynn, and are glad to be a part of the important work you are championing in the criminal justice community.” – Richard Lee, Illinois. Link to additional Testimonials here.

Richard is a member of our confidential online White Collar Support Group that meets on Mondays, 7 pm ET, 4 pm PT. Our 185th meeting is on Monday, December 30, 2019. 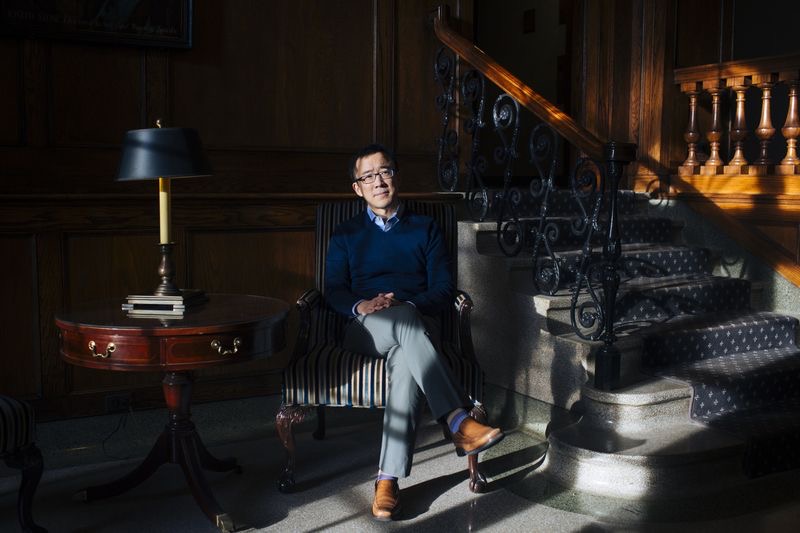 Richard Lee doesn’t remember the trades that upended his life.

A former SAC Capital Advisors LP portfolio manager, Lee managed a $1.25 billion fund for his boss Steve Cohen. He had tens of thousands of trades under his belt, so the roughly $10 million in Yahoo Inc. shares he bought on July 10, 2009, didn’t really stand out. But when the FBI approached him in March 2013, saying they had proof the investment was based on an illegal tip, the forgotten trades left him feeling trapped.

Lee wound up pleading guilty to insider trading and became one of eight SAC employees convicted in a sweeping government crackdown. Today, though, Lee is in the clear. After a favorable shift in the law and the emergence of new evidence, a federal judge in June threw out Lee’s guilty plea. Prosecutors last month dropped the case.

“Most people don’t understand,” said Lee, 40. “Why would anyone plead guilty to something that they hadn’t done?”

In his first interview since the case ended, Lee set out to explain why he would admit to insider trading he steadfastly denies took place. According to Lee and his lawyer, the former trader’s ordeal highlights what can happen when a busy investment professional is suddenly called to account for a handful of trades on a single day, years after the fact.

“There’s a misconception that portfolio managers and analysts and trading professionals remember every single trade that they did, regardless of whether it is completely lawful, in the gray area or illegal,” said Greg Morvillo, Lee’s lawyer. “You’re talking about four, four and a half years later. It’s very hard to remember the details of how a day evolved.”

Prosecutors in Manhattan declined to comment. They initially vowed to retry Lee, pointing out he pleaded guilty to other illegal trades which altogether netted SAC around $1.5 million. But in court papers in November, prosecutors said they were dismissing the charges because of “the difficulty of securing evidence” in a decade-old case. The judge who tossed out his guilty plea in June had declined to take the additional step of declaring him innocent.

The day of the Yahoo trades, Lee was a high-flyer in the alternative investment world. A 2001 Brown University graduate, he had arrived at SAC from Citadel LP, another elite hedge fund group, after stints at McKinsey & Co. and in private equity. At SAC, he was a member of the special situations group.

According to prosecutors, Lee bought Yahoo based on a call the same day with analyst Sandeep Aggarwal, who passed along a tip from a close friend at Microsoft Corp. that a rumored search engine partnership between that company and Yahoo would soon be announced. News reports on July 16, 2009, of a possible deal sent Yahoo shares up. A Microsoft-Yahoo alliance was announced on July 29, 2009.

Lee said he moved in and out of Yahoo almost constantly in 2009, both before and after the Microsoft partnership. He said he didn’t remember his July 10 trades when he was approached on the street in Chicago by two FBI agents four years later, and he doesn’t remember them now. But he’s certain no one would have believed that.

“I felt very deeply that I had not committed insider trading,” said Lee, “but I couldn’t assert that to people because I knew I would just come across like somebody who was actually guilty of it but in denial.”

It didn’t help that his prosecution was part of a larger insider-trading probe targeting SAC and Cohen. The case’s high profile increased the pressure on Lee to plead guilty and cooperate, he said.

Lee pleaded guilty on July 23, 2013, and agreed to be a government witness against others. “I was sobbing in front of the judge and reading this thing I didn’t want to read,” said Lee. “Almost immediately after my guilty plea, I looked at and discussed with my then attorneys at the time about whether I could withdraw it.”

Lee said Richard Owens, his lawyer at the time, advised against that, saying the former portfolio manager’s cooperation could help him avoid prison, where many convicted in the crackdown ended up. Owens declined to comment.

Two days after pleading guilty, Lee found himself cited by then-Manhattan U.S. Attorney Preet Bharara in his announcement of his big case against SAC. Bharara said Lee was part of a group that made SAC a “magnet for market cheaters.”

The battle between Bharara and SAC riveted Wall Street at the time. While Cohen himself wasn’t accused of wrongdoing, SAC itself later pleaded guilty and paid a record $1.8 billion fine to resolve insider-trading claims. The firm later changed its name to Point72 Asset Management LP and agreed to manage only Cohen’s money.

But as the SAC case faded from the headlines, it continued to hang over Lee, who was still awaiting sentencing. Meanwhile, a federal appeals court in December 2014 threw out the convictions of two fund managers and said prosecutors needed stronger evidence in certain types of insider trading cases.

After that ruling, Lee decided to get a second opinion on his case. A minister who works with white-collar defendants introduced him to Morvillo, who represented one of the fund managers in the 2014 appeals court case.

But Lee’s new lawyer said there wasn’t an immediate way around the guilty plea. The problem, Morvillo said, was that Lee never got to see most of the government’s evidence against him because he pleaded guilty so quickly. It was only in May 2017, after the government provided documents so that Lee could prepare for sentencing, that they saw an instant message Lee sent Cohen the day of the Yahoo trade.

Contrary to the government’s theory, the message showed Lee had bought virtually all of the Yahoo shares before his call with Aggarwal, not after. In August 2017, more than four years after Lee pleaded guilty, Morvillo asked the court to allow Lee to withdraw his plea under the change of law or find him innocent based on this new evidence. Prosecutors conceded they did not get the instant message themselves until a month after Lee pleaded guilty.

U.S. District Judge Paul Gardephe tossed his plea based on the 2014 ruling, saying it was “insufficient” because Lee didn’t say that he knew how the corporate insiders benefited from their leaks, as the law now requires.

The case behind him, Lee says he has no plans to return to the financial industry. He spent much of the last several years at home as primary caregiver to his two daughters. He did some work for a relative’s startup and explored switching careers to medicine or dentistry. Lee now works as a consultant to a Chicago software company.

It was tough focusing on a career as the legal fight dragged on. “At times I felt very guilty because I just didn’t feel like I was mentally present,” he said. “I was in my head much of the time.”

But he doesn’t think he deserves anyone’s pity. “I have a family, fine friends. Everyone has a hard life. This is mine,” Lee said.